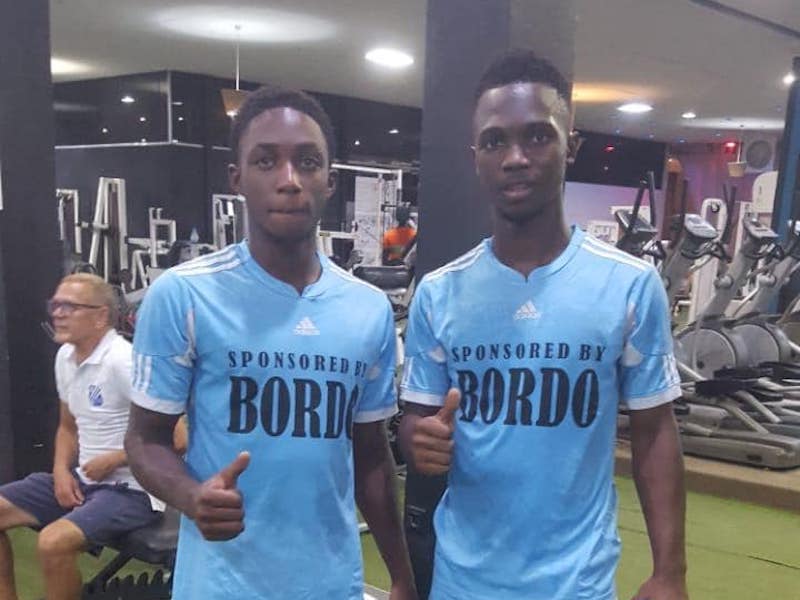 SURINAME-based footballer Darrion Williams is happy to be back home and is looking forward to spending some quality time with his family and friends in Tobago after he comes out of quarantine.

Williams, along with 68 other T&T nationals, returned home on Friday from Suriname. Upon their arrival at the Piarco International Airport, they were escorted to the UWI Campus in Debe where they will be quarantined for 14 days.

Williams, 20, plays with Sv Notch in the Surinamese Hoofdklasse, the top division in the country. Williams, who is from Black Rock, Tobago, plays alongside fellow T&T players Haile Beckles and Kazim Donald at the club. The footballers have been stranded in Suriname since TT closed its borders on March 23.

In an interview with Newsday, on Saturday, Williams said, “It feels good to be back.”

Four T&T footballers in Barbados are not as fortunate as Shirlo Johnson, Shackiel Henry, Dwight Pope and Garnet Diaz are still hoping to return home.

The players, who represent Paradise FC in the Coca-Cola Barbados Football Association Premier League, have all tested negative for covid19. A total of 33 T&T nationals came back home on April 21 from Barbados, but the footballers were not included.

Williams is contented with the living conditions in Debe. “It is nice and they giving us food, so it is good.”

Williams said the other local footballers are also comfortable at the facility. “They are going good. We took the test not too long ago. They said 48 hours I think (we will get the results). I am feeling good.”

On Saturday morning, Health Minister Terrence Deyalsingh also spoke about the tests being done in Debe during a virtual media briefing. “I’m told a swab team will be there today (Saturday). We just gave them some time to settle in to take their initial tests. They will be treated under the same protocols that the 33 persons from Barbados were housed and treated,” Deyalsingh said.

Williams is anticipating a return to Tobago after the 14-day quarantine. “When I leave here I want to go home and spend some time with my family.”

The former Goodwood High School player said everyone has a room and medical staff will check with them from time to time. He said they can also call officials if they need something.

Asked what he wants to eat when he lands in Tobago, Williams said, “A macaroni pie and baked chicken with some rice and salad.”