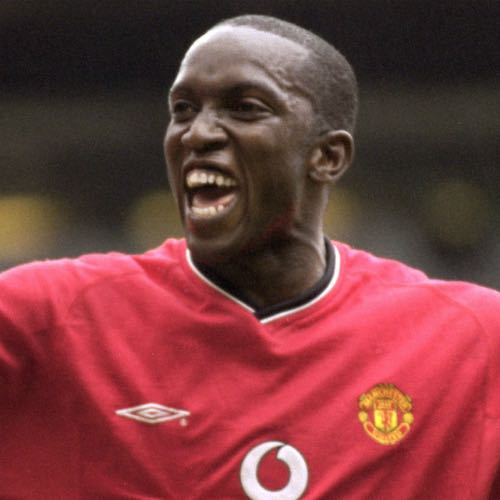 Dwight Yorke, who is undoubtedly one of T&T's most prolific and accomplished goalscorer, is now urging young footballers at the nation's schools, that they too can achieve as he did.

"It is achievable if you are prepared to work for it," Yorke said.

Speaking at the Virtual Faith and Confidence Ceremony of the Caribbean Association of Principals of Secondary Schools (CAPSS) webinar on Thursday, which was called to bless the students ahead of the CSEC and CAPE examinations next week, Yorke said: "The opportunity is down for the younger generation now to achieve what they want to achieve. It's up to the individual how hard they want to work for it."

'The Smiling Assassin' as he is passionately known, due to his famous smile after goals, Yorke said the path to the English football leagues are a lot easier today than it was back in his times because of the work done by people like Shaka Hislop, Russell Latapy and himself in clearing the path for those coming after.

Yorke scored 123 goals in the Premier League, a record for a non-European which was not broken until Sergio Aguero in 2017. Throughout his club career, he played for Aston Villa, Manchester United, Blackburn Rovers, Birmingham City, Sydney FC in Australia and Sunderland mainly as a forward between 1988 and 2009.

He was the assistant manager of the T&T team until the completion of the qualifying matches for the 2010 FIFA World Cup.

At the international level, Yorke represented T&T on 74 occasions between 1989 and 2009, scoring 19 goals. Through it all, he said he had to find a balance between his academics and the sports he played, particularly at Signal Hill Secondary where he ran marathon, played football, table tennis, badminton and played cricket. Yorke said it was because of the dedicated teachers, who gave up extra hours to ensure that he caught up with his academics.

"It is achievable if you're prepared to work for it. It was hard work to try and balance everything. At the age of 15, I moved to Trinidad and I went to St Augustine Comprehensive at the time, and the reason I moved to Trinidad was that I was already on the national senior team, so they moved me to Trinidad so that I could balance my school work as well as represent the country.

"We were one point away from qualifying for the 1990 World Cup. So it was achievable if you were prepared to work for it and I was prepared to work, both with my football and my academics at the time."

According to Yorke, there should be no excuses for youngsters not balancing their academics and sports now, due to the technology at this time.

He said, "I encourage the kids, yes play your sports if you can and if you have any ambition to follow in my footsteps, but it is equally important that your academics are up to par to balance them both because just in case the sports do not work out you make sure you have your qualification going forward."

Meanwhile, Yorke said he is interested in becoming a manager now and will put out the same determination he had as a player, to become a manager. The 48-year-old said although he has had a few failed attempts at becoming a manager in Europe, he will not give up, saying he will "continue trying and trying until he achieves".