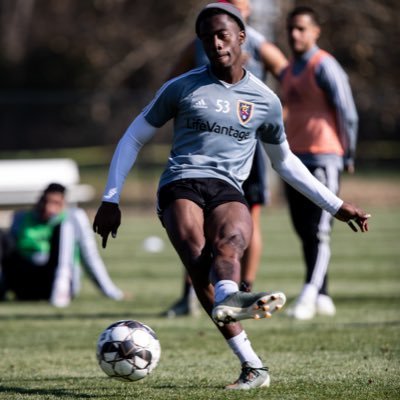 T&T international defender Noah Powder and reigning United Soccer League (USL) Championship Division title-holder, Real Monarch, will kick off defence of their title via a revamp format versus debutants San Diego Loyal at Zions Bank Stadium, on Saturday from 4 pm in one of six matches on the day.

Saturday’s action will also include a showdown between national midfielder Neveal Hackshaw's Indy Eleven and Saint Louis FC at Lucas Oil Stadium where both teams will be looking to pick up where they left off after emphatic wins to start the campaign.

On Monday, then brings two matches from the Western Conference, with Black Gold Derby rivals Oklahoma City Energy FC with T&T winger Cordell Cato on its roster, and FC Tulsa set to square off at Taft Stadium in a game that will air live on ESPN2 at 7 pm (T&T time).

Shannon Gomez and the Sacramento Republic FC and the Tacoma Defiance then provide the nightcap with kickoff at Papa Murphy’s Park slated for 10 pm.

Then on July 15, T&T trio Triston Hodge, Duane Muckette and Leston Paul and their Memphis 901 FC travel to BBVA Compass Field for a clash with Birmingham Legion FC.

Leland Archer and Kierron Mason will be the last T&T players to see action in the opening week when their Charleston Battery battles Birmingham Legion FC on July 19 while Gomez' Sacramento Republic meets Reno 1868 FC.

Overall, 11 T&T international footballers will feature in the league's revised schedule for the 2020 USL Championship season.

The league’s clubs who have been placed in eight groups (A, B, C, D, E, F, G and H) to limit travel, and are set to play 263 games over 13 weeks from which the top two teams in each pool will advance to the 16-teams 2020 USL Championship playoffs, which will open in the second weekend of October.

The 2020 USL league officially kicked off in mid-March but was then put on hold due to the coronavirus pandemic.

Games played before the suspension of the season will count toward the allotment of 16 overall games, either as in-group contests or as one of the additional four contests that will complete the schedule.

The USL League One Division will feature the T&T duo Josiah Trimmingham (Forward Madison) and Luke Singh (Toronto FC) and their new league format will see each of teams play 20 games across 15 weeks in the regular season to determine the sides that will meet in the 2020 League One Final.

The revised schedule will see each team in League One face 10 teams during the regular season, with one opponent omitted from each club’s schedule to help limit air travel.

Each team will play its assigned regional rival four times – twice home and twice away – and seven other clubs in a home-and-home series.

The final two games of the season will be made up of one home and one away game against two more clubs, creating a 20-game slate.

The regular season will be played over a single-table format, with the schedule set to kick off on July 18 and conclude on October 24. The top two teams in the final regular-season standings will then meet the week of October 31 in the 2020 League One Final.