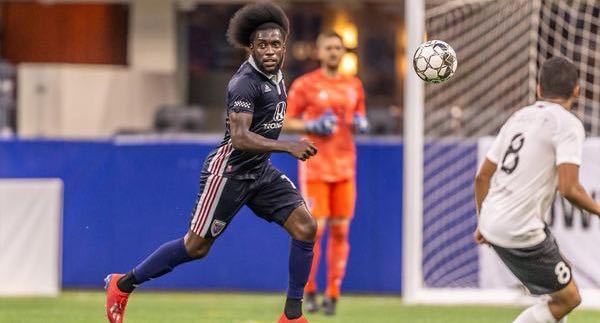 Trinidad and Tobago utility player Neveal Hackshaw has been named the third best Caribbean player in the United Soccer League (USL), the second-tier competition in the United States.

Hackshaw is rated only behind 32-year-old Jamaican midfielder Kenardo Forbes (Pittsburgh Riverhounds SC) at number two while another Jamaican, Junior Flemmings (Phoenix Rising FC), is considered the number one player in the USL. Meanwhile, another T&T footballer getting an honourable mention was 23-year-old Dre Fortune (North Carolina FC).

Strong defensively and a good passer of the ball, Hackshaw was a central defensive midfielder at Under-20 level for Trinidad and Tobago and later, for TT Pro League club North East Stars. However, he has played mainly at left-back in the USA for the Charleston Battery and his current team, Indy XI.

Flemmings, the Jamaican international, started all five of the country’s games at the 2019 Concacaf Gold Cup and was already a highly-regarded player in the league prior to this season. Now, he’s found a whole other level with 10 goals in nine games to start the new campaign for the USL Championship Final favourites.

And writing for uslsoccer.com, reporter Nicholas Murray spoke highly of Hackshaw, who turns 25 next month.

“When Neveal Hackshaw first arrived in the Championship at the Charleston Battery in 2016, there was a lot of raw potential for the club to work with. In the years since, the left-sided defender has become one of the best in the Championship both for the Battery and at his new home of Indy Eleven where last year, he earned Championship All-League First Team honours for the first time in his career.”

Having been given a couple of senior caps by former Trinidad and Tobago coach Dennis Lawrence, Murray expects Hackshaw to cement a T&T national team place in coming years.

“Hackshaw’s strength is certainly a great asset but what has stood out beyond his defensive abilities is his passing technique and tactical awareness that has allowed him to become a strong two-way force even as part of a three centre-back scheme. For the 24-year-old Soca Warrior, the only question may be when he gets the bigger spotlight his talent and resume have earned.”