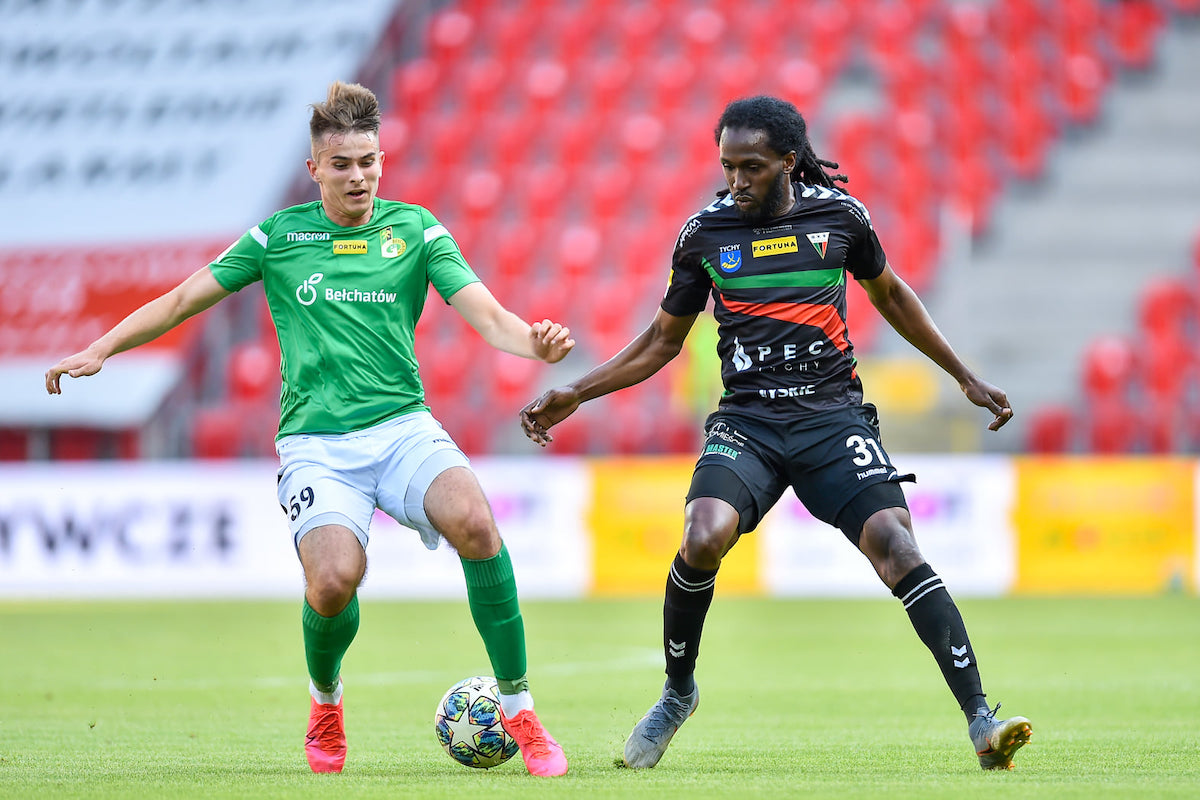 JR ”You signed for Polish team GKS Tychy in 2018.How are you enjoying your time at the club so far and how would you describe a club such as GKS Tychy?”

KD ”For me my time at GKS Tychy so far has been great.I always stay positive in everything that I do.I have been enjoying my time at the club so far. As in life there are always circumstances of up’s and down’s but you have to make it work.I enjoy being around the players and backroom staff at GKS Tychy.We have a good mix of young and also experienced players.I am not a guy who speaks a lot and for some players that may seem strange but it is just may way of living.I was born on the small village of Lambeau in Trinidad & Tobago and coming from this island we are very easy going people”

JR ”You played for Philadelphia Union do you look back on your time in at the club and in the MLS and do you have any particular highlights or memories?”

KD ” Of course, Philadelphia is like home to me to be honest. I was loved there by many and I did great for this club. Philadelphia Union will always be in my heart.Playing there meant a lot. The people and the fans at the club were fantastic. It is such a beauty to see that when you go to warm up to play games that 15,000 people are enjoying you while you warm up and your adrenalin is pumping things like this mean so much and I really appreciated my time in Philadelphia and it is a lifetime memory for me.”

JR ”You have been capped by your country of Trinidad & Tobago.How do you look back on representing your country and do you have any special memories and highlights?”

KD ” Yes of course, First of all representing your country is an honour. It has always been an honour for me. I got a chance and without my country and playing for the national team maybe I may never have gone outside of the country. I made my debut at the age of 19 playing alongside some of the best players that country has ever produced in my opinion such as Dwight Yorke and Russell Latapy and being able to play matches in the Azteca Stadium in Mexico and also in the United States and Costa Rica these are highlight games. Being a player that played locally in my country and having the opportunity to go on to play against opponents who were playing for some of the biggest clubs in world such an experience can only make you better as a player. It opened my eyes to a lot of things in life and in football and I really appreciate everything single time I played for my country.During all of my 55 caps I have always worked hard and done my best. My country is always in my heart.”

JR ”You mentioned with playing with some great players whilst on international duty with Trinidad & Tobago.With your experience at club and international level could you say who are among the best players you have played alongside so far in your career?”

KD ”I have been fortunate to play with a lot of great players to be honest.I played with Dwight Yorke and Russell Latapy. They are two of Trinidad and Tobago’s most decorated players.They are also two of the most highly talented that I know of. Dwight Yorke did great things at Manchester United and I had the opportunity to train with him every day and to talk to him and understand a lot of things about football. Russell Latapy also played for FC Porto and Glasgow Rangers and Hibernian in Scotland.At club level I played with Brazilian Kleberson and Faryd Mondragon at Philadelphia Union but I also respect every other player that I played with regardless of level.”

JR ”I can imagine in your position as a midfielder that you have played against some difficult opponents through the years. Are there opponents that stand out for you in terms of talent and ability?”

KD ”Yes there are a lot , Playing international matches against the likes of Bryan Ruiz and Rafael Marquez.Even when I played in the MLS I played against Thierry Henry , David Beckham and Landon Donavon. I am sorry for the players that I hav not mentioned because it has been a great journey for me as a young player growing up and playing against so many great players. During my time in the MLS I played against Real Madrid and you know the caliber of players that they have Xabi Alonso , Cristiano Ronaldo the full works and having the chance rub shoulders with these guys means a lot.”

JR ” Finally Keon. Could you say who are the managers and coaches who have meant a lot to you and who have played a key role in your development as a professional footballer? ”

KD ” First of all I want to say thanks to Mr BERTILLE ST CLAIR. He was a great man he is the first coach that really discovered my talent when I was growing up as a kid.He was the first coach to being me around the national team so I grew with him from the age of 4-15 years old and the things that he taught me were priceless because he is also a good friend of Sir Alex Ferguson. He used to run the football coaching school in the island that I was born. He spotted my talent at the age of 4 years old and he also gave me great affection and love.At times he had to be very tough on me but I understand that this is what he had to do. He also coached Dwight Yorke to go on to become the play that he became so I want to make sure that his name is included in this interview in capital letters because he is the person who took me as a young kid and taught me the ways , life and discipline of football and the hard working ways of football too.I view him as like a father of all fathers and he showed me the way. I could not do an interview without mentioning his name.There are other coaches such as Leo Beenhakker and Francisco Maturana who managed Colombia at the 1994 World Cup in the United States. These coaches also showed me many things and gave me so much confidence to become what I am now. I also cannot leave the other coaches out even if their names are not as big as the coaches that I mentioned because you have to respect everyone and everyone players a part in your life to become what you are. I want to be able to send the good words out for the younger kids to read and let them know that working hard is always a priority in order to reach where you want to reach.”