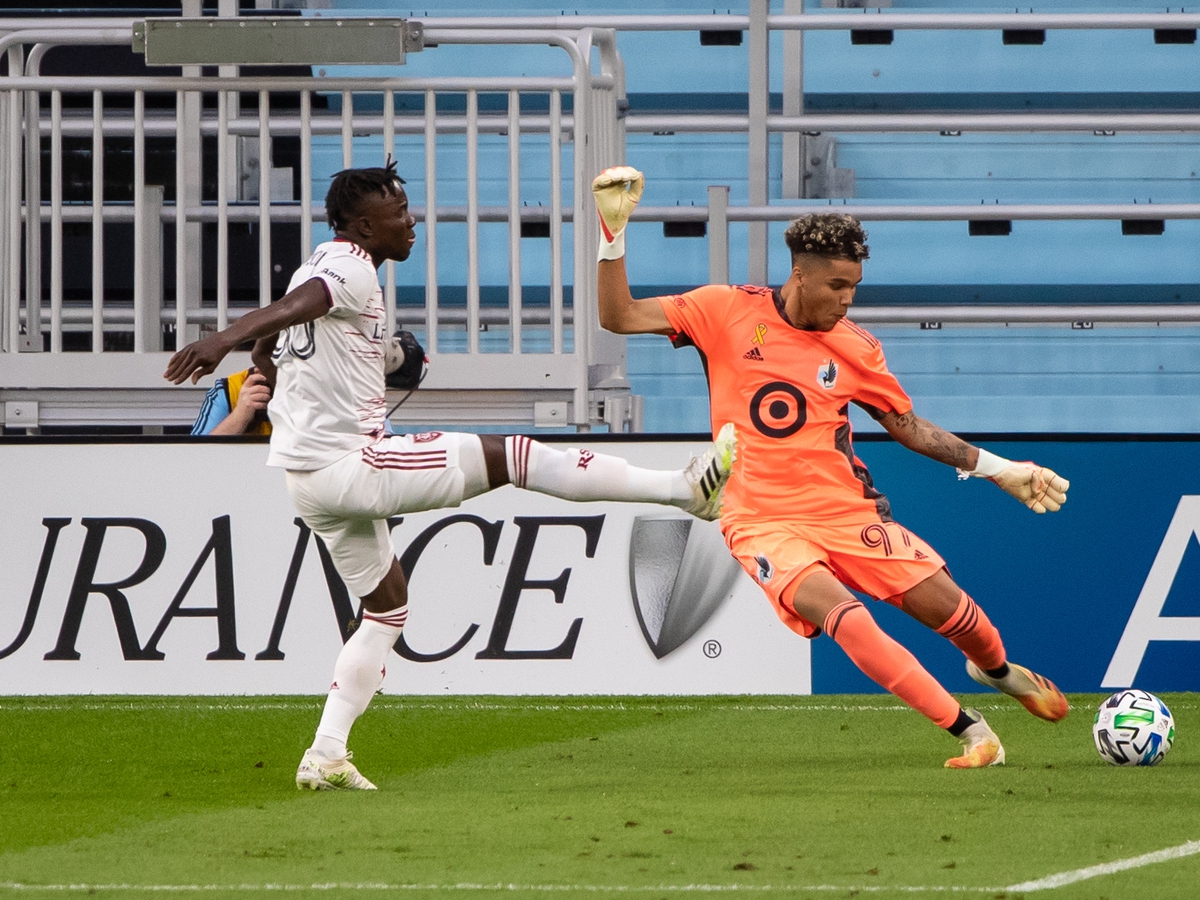 Oh, and he recorded his first MLS clean sheet, too, in a 4-0 victory over Real Salt Lake that ended the streak.

Still, Heath said things couldn’t keep going the way they were. So enter St. Clair, who started the season on loan to San Antonio FC but was recalled when Miller had surgery.

“I just felt that we needed to do something,” Heath said after Sunday’s game. “Sometimes it’s not just the performance of the goalkeeper. Sometimes a change of voice, a change of approach. Dayne has got a lot of confidence in himself. I thought that would have been needed this evening.”

The Loons loaned out St. Clair in February after they claimed Ranjitsingh in November’s waiver draft and traded for Miller to replace Vito Mannone in January. They did so to get the Generation Adidas player chosen seventh in the 2019 SuperDraft game action he wouldn’t get, barring an injury, in Minnesota.

He played the first five games when San Antonio FC restarted play in July after the pandemic pause. He allowed three goals and had three clean sheets.

“To get game experience is the toughest thing for a young player,” St. Clair said. “So [it’s good] to be able to go out on loan, play a few games and use that to get the experience to apply here as well.”

St. Clair learned late in the week that he’d start Sunday. Miller called him Friday night and offered this advice.

“Enjoy the moment,” Miller said Sunday in commentary he did for FSN’s broadcast. “Go out there and feel it.”

St. Clair earned his clean sheet after he blocked RSL midfielder Giuseppe Rossi’s rising strike from 25 yards out with both hands but couldn’t grab it in the 12th minute. It deflected up and over his head, but he managed to grab it just before it crossed the goal line.

In the 26th minute, video review determined RSL defender Nedum Onuoha’s header goal was a step beyond the Loons’ defense.

“He might have had a bit of luck,” Heath said. “Sometimes that’s what you need. Certainly, we did.”

Both decisions kept the game scoreless until the Loons scored four second-half goals, starting with ones from Chase Gasper and Robin Lod in the 53rd and 62nd minutes. Lod scored two goals. Newly arrived Emanuel Reynoso assisted on the first with a perfectly threaded pass on a night when he made his first MLS start as well and played 70 minutes.

Second-half substitute Jacori Hayes finished off some nifty three-way combination play with Kevin Molino and Raheem Edwards to score the other goal.

Gasper’s goal, which rewarded his long run down the left side, was the first time in the past seven games the Loons scored the first goal. Until Sunday, they had led a total of 17 minutes in their past six games.

On Sunday, they never trailed, somehow.

“We’re a bit fragile at the minute and I’m hoping this will give us a huge shot in the arm of confidence,” Heath said, “because there’s nothing like winning that gives players confidence. Hopefully, we can build on this.”