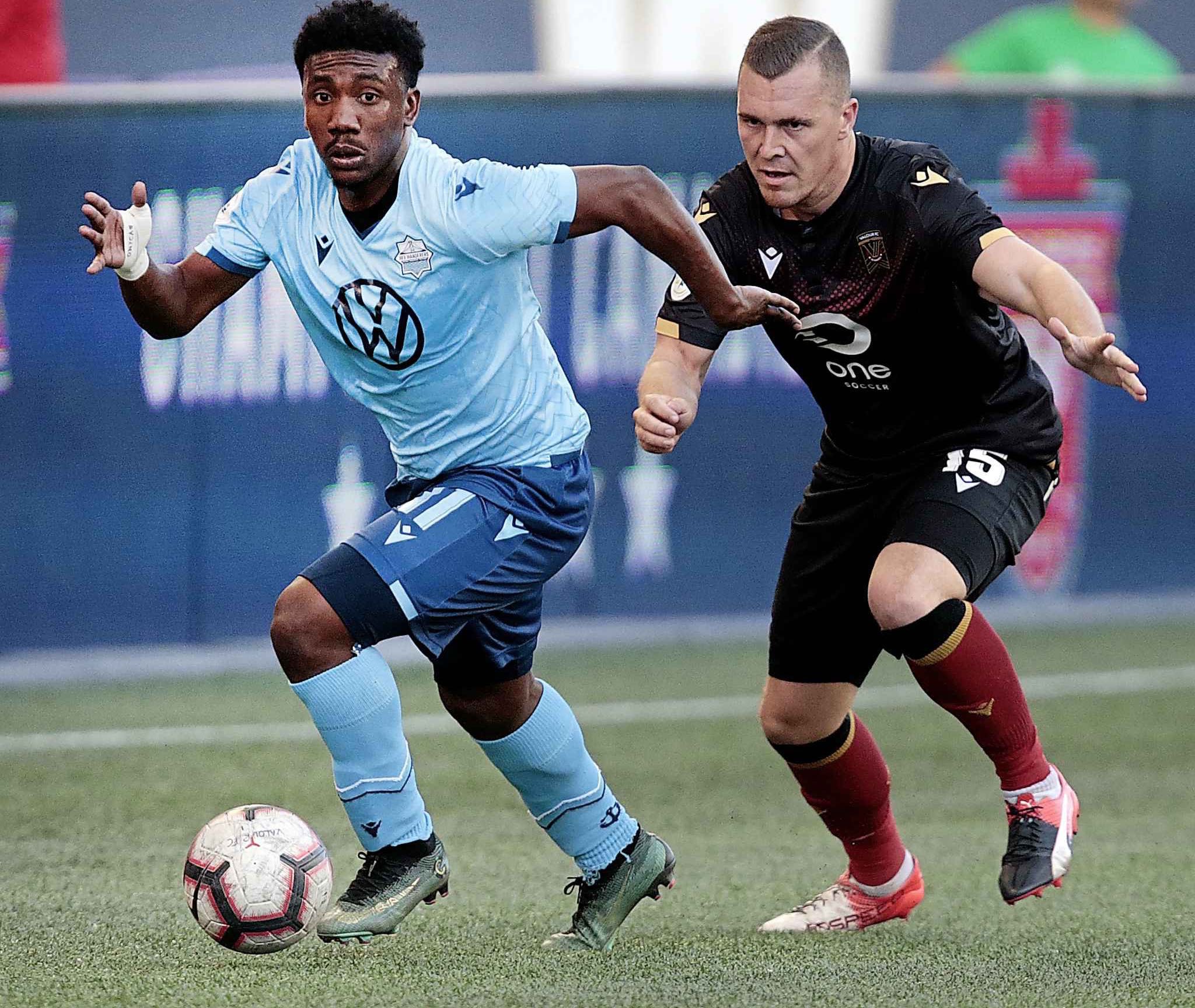 Halifax are coached by former Trinidad and Tobago national team coach Hart and captained by T&T’s Ryan Rampersad while Garcia has been their top scorer for the last two seasons. Former T&T goalkeeper Jan-Michael Williams is the team’s goalkeeping coach.

Having finished one from the bottom in last year’s inaugural CPL season, Halifax improved remarkably to finish the six-team regular season in second spot, a point behind leaders Calvary (13 points).

Halifax open the playoffs against third-place Forged from 12 noon today, the two sides having battled to a 2-2 draw in the regular season. On Saturday, at 2 p.m., Halifax play the regular-season’s top team Calvary (1-2) the only side to have beaten them this season. They will then end against fourth finisher Pacific 7 p.m. on Tuesday. The top two teams at the end of the round-robin competition will play in the final on September 19.

On Sunday, goals from Garcia and Alessandro Riggi, as well as a clean sheet from goalkeeper Christian Oxner, gave Halifax a 2-0 win over Ottawa in their final regular season match. Halifax are unbeaten in their last four matches and go into their first playoff with the best recent record, having won three matches, drawn three and had just one defeat this season.

“Garcia has been the best striker during this tournament. The timing of his runs has been excellent, along with his pace and finishing. I think he has shown he should get a chance at a higher level. He’s been outstanding,” said one television commentator during Sunday’s telecast.

“We got the goals and I thought we managed the game well,” Hart said after Sunday’s match, “Yes they got some chances but in our period of domination, we scored. That certainly was the difference in the game.

“Everybody’s functioning in their role,” Hart said. “And I think at times when we are organised and we are balanced, we are pretty hard to break down. And that is going to be important.”