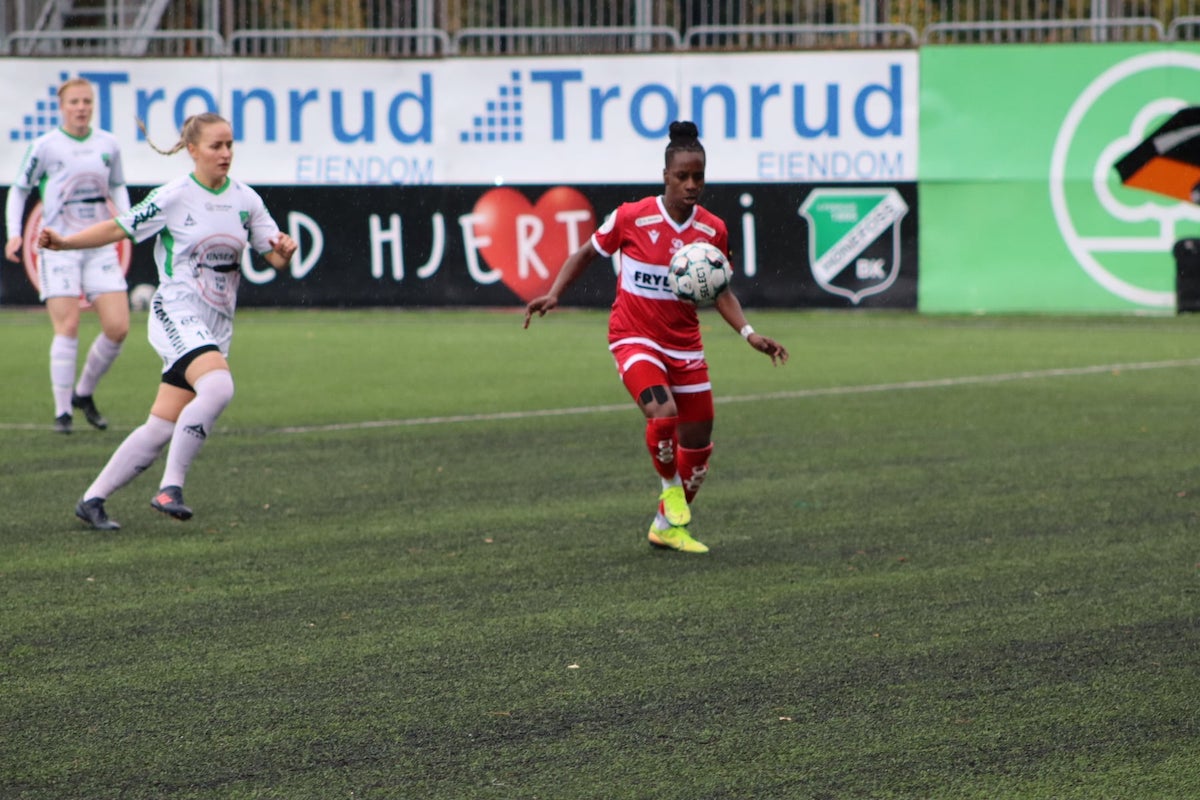 T&T senior women's football team standout striker Kennya “Ya Ya” Cordner was among the goals as her IL Sandviken ran out comfortable 5-0 winners over Honefoss BK in their first round of the Norwegian NM Women's Cup at AKA Arena, Honefoss, Norway on Tuesday.

Sandviken took a 25th-minute lead through Vilde Hasund and they had to wait until the 72nd minute before Lisa Naalsund doubled the advantage before 31-year-old Cordner quickly made it 3-0 a minute later.

Having netted her fifth goal of the season and second in as many matches after going five matches without finding the net, Cordner was then replaced in the 81st minute by Sanne Lekven with the win already secured before the latter added strikes in the 86th and 90th minutes to complete the lopsided win and passage to the next phase of the competition.

Currently, fourth on the ten-team Norway Toppserien League with 22 points from 14 matches, nine adrift of leaders Valerenga, Cordner and her clubmates will return to league play against cellar-placed Roa on October 17, before meeting eighth-placed Kolbotn, two weeks later