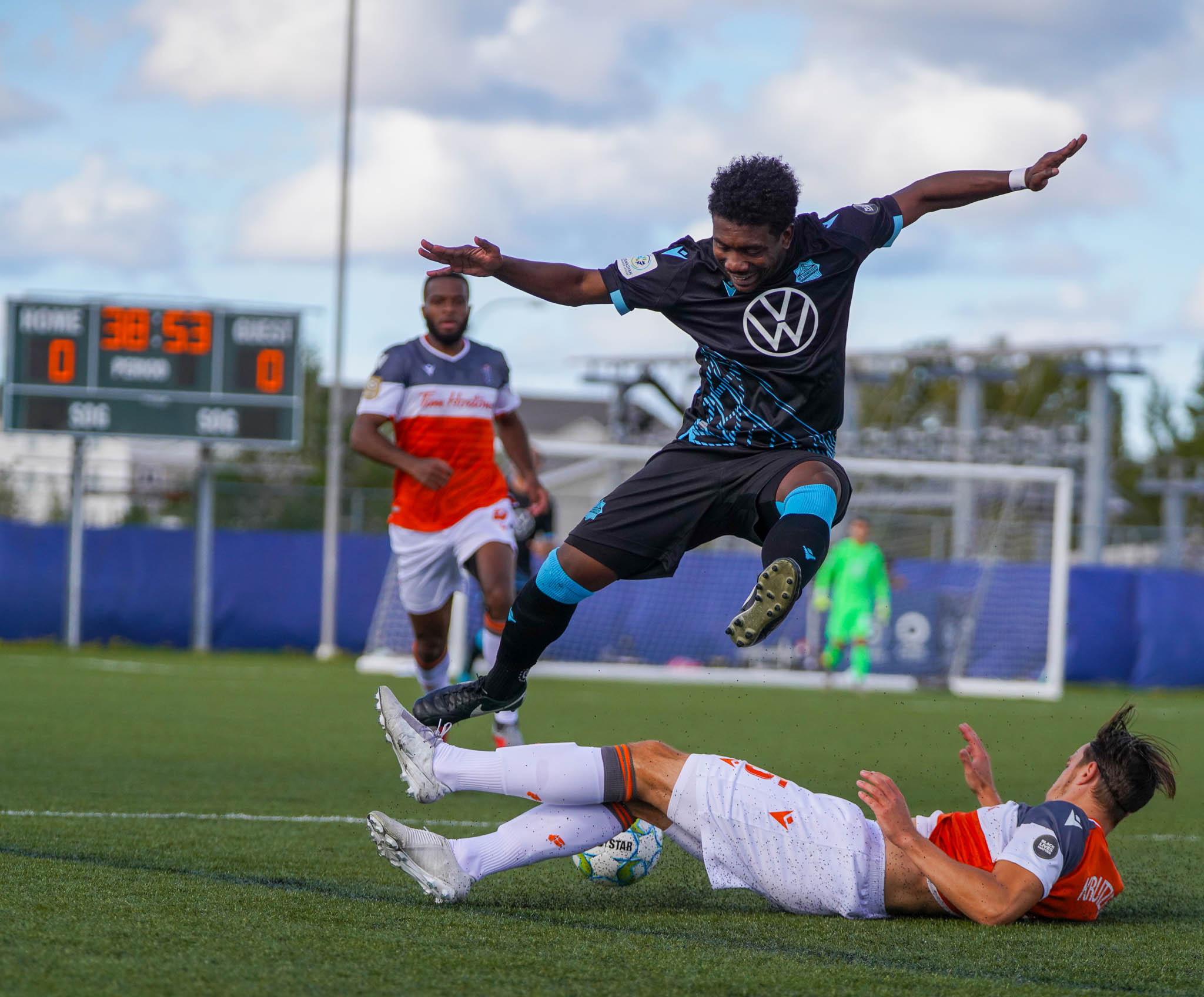 The success of HFX Wanderers FC in the 2020 CPL season surprised a lot of people — including, to an extent, the team’s coach.

Stephen Hart suggested prior to The Island Games that he had one eye fixed on the 2021 season, considering how much roster turnover the club had seen since its last-place finish in 2019.

However, for Akeem Garcia — one of three CPL Player of the Year nominees — the wins were there for the taking. As one of seven returning players from the inaugural squad, the Trinidadian saw first-hand the improvement in the 2020 team, and he was impressed from the start of training.

Garcia, who arrived at initial training a couple days late due to visa issues and then had to watch from the sidelines the first day or two while waiting for a medical examination, had a good feeling seeing the Wanderers’ newcomers.

“I was watching them train and I was like, ‘This is gonna be a good team, guys,'” Garcia told CanPL.ca. “It’s a young team and the talent was there. … For me I had no doubts we would’ve done well. During the tournament I really think we could’ve gone on and won it.”

While Garcia’s side wasn’t quite able to clear the final hurdle and beat Forge FC in the CPL Finals, they had plenty to smile about when leaving PEI. They scored plenty of goals, played some exciting football, and ultimately went farther in the tournament than all but one team.

And really, if you’re focused on building for the future, few things help speed up the process more than winning as a group. Garcia insisted that part of the reason HFX was able to attack so seamlessly — despite having no pre-season games to work out the kinks — was how much the players enjoyed each other’s company. In fact, the striker suggested that the players’ proximity to each other in Halifax helped bring them closer at a time when they couldn’t really go out to do anything else.

“We all live together in Halifax in the same building, so when they lessened the (COVID-19) restrictions and we started training in 10s and stuff, guys started hanging out with each other in their groups,” Garcia recalled about the club’s early return to training in June.

“The group you were training with, guys would hang out with each other, visit each other’s apartment, watch a movie or something. Just start bonding because the guys that came into the team this year had a different goal, and the goal was to help the team be better.”

And so, being already well-accustomed to each other, the transition to bubble life in Charlottetown was an easy one for the Wanderers. Garcia mentioned some additional touches — a karaoke initiation party among the players, for instance, and the fact that the club surprised players with pictures of their families in the hotel — that ultimately translated into a team with top-notch chemistry.

The goals that Garcia, and his entourage of Alessandro Riggi, João Morelli, and Alex Marshall (plus contributors such as Cory Bent and Omar Kreim), created looked impossible for a group so new to each other. And yet, they did it time after time.

“Everything was pretty sweet. For me I enjoyed the fun we had the most on gamedays, just getting to see everyone at breakfast and dinner,” Garcia said, adding that the squad’s familial mentality certainly improved their play on the pitch.

“No one was grudging when they were on the bench; even I was on the bench the first game, I was like whoever’s playing forward deserves it,” he said. “The whole team vibe was nice, no one was grudging. Everyone was supporting each other, so I love that. When you have teammates like that it makes you go out and give your all.”

At the moment, Garcia is one of a few Wanderers still in Halifax, primarily because he hasn’t yet received approval to go home to Trinidad and Tobago. As many of his fellow CPLers are likely doing, he told CanPL.ca his current life is occupied by Netflix and going to the gym, and hoping that he can reunite with his family soon.

All the while, though, he’s got the 2021 CPL season at the back of his mind (and one eye on the Player of the Year award).