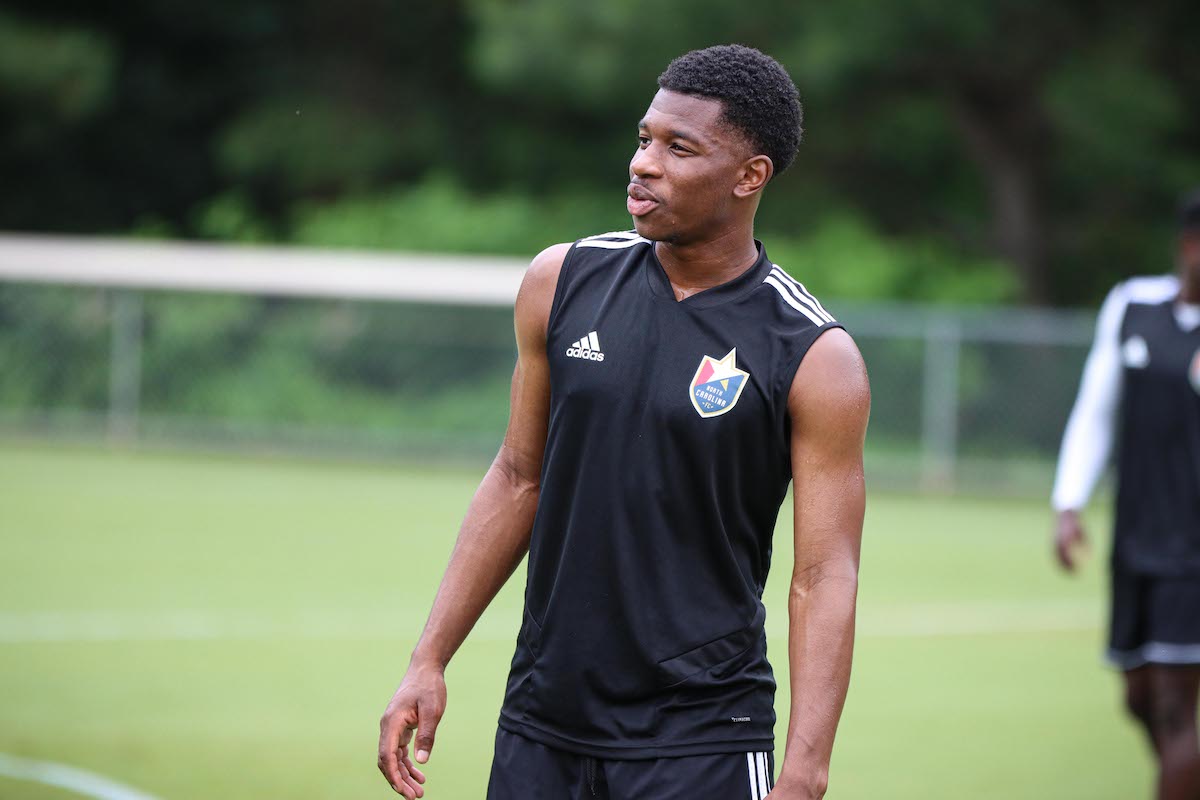 One of the most underrated positions in football is the central midfielder. Whether attacking or defending, a solid midfield can make the difference wherever you’re lacking.

For example, the unsung hero of Atlanta United was Darlington Nagbe. As you’re reading this you might be thinking, “What is this guy talking about?” “Where are his goals? His assists?” Nagbe recorded the type of stats that would require a deeper dive into numbers than your basic goals and assists. The tandem of Darlington Nagbe and Eric Remedi was so effective that teams would face Atlanta and strictly attack on the wings because the middle was locked down. When you have a solid defensive midfield, it can cause chaos for your opponent.

On the other hand, a solid attacking midfield will be successful at creating chances, launching successful counterattacks, and scoring goals. The likes of Kevin De Bruyne, Cristiano Ronaldo, and Thomas Müller are just a few global superstars that are known for their attacking style of play in the midfield. But there’s a name you should know stateside that’s been garnering attention as well. A young man out of North Carolina that’s on the verge of becoming a breakout star. An attacking midfielder with flair, technical ability, and confidence. That name my friends, is Andre Fortune II.

Known simply as “Dre”, Fortune was destined to be a baller. “When I was raised I had a ball at my feet,” he said smiling. That’s another thing he does often outside of megging opponents and nailing bangers outside the 18. “Yea… I smile a lot, hahaha.”

A smile is a reflection of happiness and the beautiful game is what makes him happy. So it’s no wonder his style of play is influenced by one of the game’s best, Ronaldinho. “I’ve always appreciated his ability to do what he wanted on the field and enjoy every test he had,” he said. He gave nods to Iniesta, De Bruyne, and Paul Pogba as well, but the man who directly influenced him the most was his father. “I’ve trained all my life with my dad so I think he’s had the most influence directly. I’m a pretty technical player and that comes from us working years on the technical side.”

His father, Andre Fortune, has been heavily involved with the game since Dre was a child. Having coached and played himself, it was only natural that his son would have a desire to play. “I’ve always enjoyed watching and being a part of it,” Dre said. “It was natural for us to have that kind of bond.”

That desire for footy-immersion and his zest for the sport earned him opportunities at clubs like FC Barcelona and Manchester City. Having those opportunities from ages 11 to 15, plus his dad constantly by his side, it shouldn’t be any surprise that he’s currently a force to be reckoned with at age 24.

As difficult as it is to get a club’s attention, Dre continuously received opportunities to show his skills on the big stage in Europe. He’s been that good and clubs knew it, but unfortunately, the not-so flowery side of the game reared its head repeatedly. At Vitória FC in Portugal, the intermediary withheld crucial info that could’ve landed him a contract with the club. With AGF Aarhus in Denmark, he was offered a contract, but, the club went bankrupt before he could make a move. Even with Servette FC in Switzerland, things were looking up while he was on trial, and even had the coach in his corner supporting him. But every American footballers nightmare, the “work visa”, reared its ugly head and relinquished any chance of playing in Switzerland at the time. You’d think three consecutive let downs would kill a kid’s aspirations and dreams, but it was just the opposite. “Another invaluable experience that I enjoyed. It’s unfortunate, but you try to learn from it and keep going.” A class act all the way.

With things not going as planned overseas, he weighed his options back in the U.S., and boy, did he have options. “College? I looked into that,” he said smiling. “With all the opportunities in front of me it was a tough choice (going to college or going pro). I was talking to a few schools at the time but Princeton was the one that stood out.”

The box-to-box midfielder was called up by his national team not too long ago. Although he was involved with U.S. Soccer at the U-15 level, he spent U-17 and U-20 with Trinidad & Tobago, so it made sense to continue with them if the opportunity came about. “I’m still searching for words to describe that,” he said smiling. “There’s a lot of pride involved in that, representing your country. It’s a moment I’ll always remember and cherish.” The island nation has been keeping track of this rising star for his consistent performances with his club North Carolina FC.

As the graphic boasts, he earned not only Offensive Player of the Year honors, but the Most Valuable Player on top of that. In 2017, he was the first North Carolina FC Youth academy player to sign a contract with the first team, so this year’s honors are a big deal for both him and the club. His 100% conversion rate on penalty kicks, eight goals, and team-high 94.1% passing accuracy (with 1,000+ passes) capped off a spectacular season.

What’s most impressive about Fortune, even more-so than his eye-popping statistics, is his attitude. In sports as a whole, it’s not very often you can describe a player as “unselfish” or “class”, but it’s very easy to describe Andre as a “class act” without hesitation. “I have a certain confidence about me and – I don’t think its cocky, I do think it’s confidence – that I’ve been able to showcase myself in certain ways. I’ve always been spoken to about humility and I really take that seriously,” he told me. “I try to go through every day, work hard, and get the most out of it. That’s a big part of who I am and who I try to be: humble but confident.”

I have no doubt that Dre would make a valuable addition to any club, but definitely the likes of one in Europe. As a fan of Pep Guardiola and big-time follower of FC Barcelona, I’m sure he’ll be making the most of his week watching UEFA Champions League. As I head off to watch Chelsea (hopefully) tackle Rennes, millions of others, including Dre, will measure the Blaugrana’s chances against Dynamo Kyiv.

Perhaps, one day we’ll see the lad in similar colors.