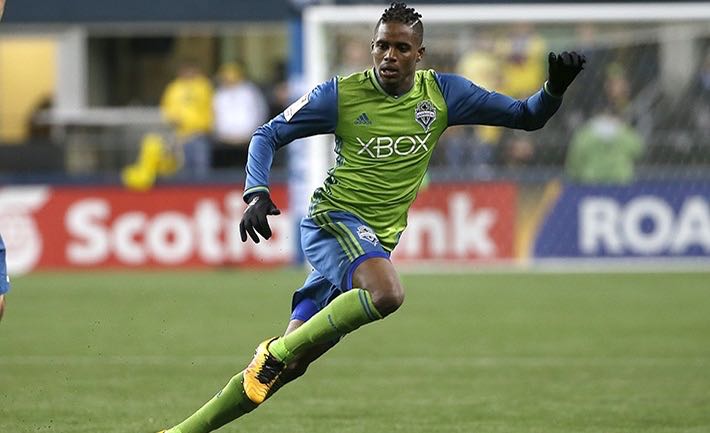 Joevin Jones was given a failing grade of just four for his performance in the 2020 MLS Cup final in which his Seattle Sounders club was defeated 3-0 by Columbus Crew.

Jones, 29, gave an indifferent first-half performance before being substituted with his team trailing 2-0. With Jones done, Seattle improved significantly in the second half, before conceding a third on the counter-attack.

However, in the press conference following his team’s defeat in the final, Seattle coach Brian Schmetzer resisted all attempts to blame individual players for the defeat.

“But I would circle back to say that the club, the team, did come back through some adversity and made it into another final back to back, which is very hard to do in a league like MLS with parity, which is very challenging. So that is one good accomplishment which came out of this year.”

Several media questions were posed on the lack of performance from the experienced players, Jones among them. Specific questions were posed to his decision to replace Jones and Cameroonian Nouhou Tolo at the half. However, the Seattle coach again resisted attempts to lay blame at his players’ feet.

Meanwhile, Seattle Sounders FC today announced that it is exercising the 2021 contract options of several players, putting the club’s roster at 19 contracted players heading into next season. Sounders FC has declined the contract options for eight of their players including Joevin Jones.