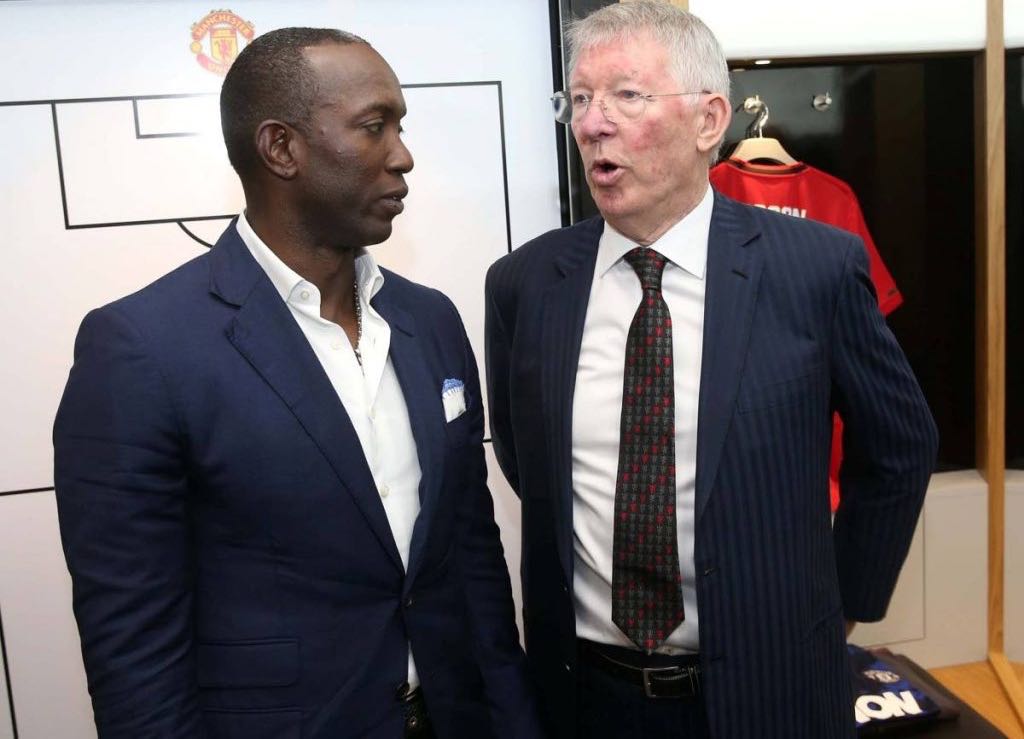 The Manchester United global ambassador plans to complete this elite course within the coming months and is intent on landing a managerial role in Europe.

Yorke has continuously expressed his passion to lead a team from the technical area.

During his four-year stint with the ‘Red Devils’ (1998-2002), led by legendary manager Sir Alex Ferguson, Yorke earned a number of accolades.

“I’ve got the desire the passion and the knowledge playing at the top level. When you get to my age, you go in a different direction. I feel deep down inside with all the knowledge I’ve gained I feel in a good place now to take up management and I’ve echoed that before,” Yorke said in a recent interview with TT Football Association (TTFA) media officer Shaun Fuentes.

In June 2020, the 49-year old unveiled several challenges he endured in trying to become a manager. The iconic striker said he was unable to secure an interview as a black professional even though he held prized recommendations from Ferguson, all of which to date, has done him no favours.

After earning his UEFA ‘B’ and ‘A’ licences, Yorke, who played as a midfielder for T&T during their successful 2006 FIFA World Cup campaign, and participation, in Germany, applied for jobs at Aston Villa and Sunderland last year. He was, however, unable to even secure an interview with either club and pointed out there was a severe lack of racial diversity in football management.

His denial by both former clubs, according to him, was quite difficult to accept and Yorke voiced his concern to European media claiming there were no black managers in the EPL. He even went as far to say there was the possibility that there were no black persons in the backroom staff.

Now, Yorke believes he may have been overlooked because of his lack of qualification, in particular, the UEFA Pro Licence.

“I had to go back to the drawing board when I first applied for those jobs at Aston Villa and Sunderland. I then understood I had to get my qualifications as a stepping stone.

“The pro licence is something I’m looking forward to completing. This has made the opportunity to apply for jobs along the way. With a little bit of luck and people getting the news and realising that I’ve been making some progress, I should be okay,” he added.

Owing to the pandemic, Yorke has already started doing online courses towards earning his pro licence. Of the 35 applicants, Yorke was one of the 24 selected to participate in this elite managerial programme.

He also said the beautiful game has been constantly evolving, even more so, with covid19.

Looking ahead, Yorke does not want to become a full-fledge coach, but a team manager who selects the squad, gets players, generate the best out of them week-in week-out and most importantly win some matches and play exciting football.

He concluded, “Doing the pro license will enable me to apply for the best jobs out there, not saying that I would, but I feel that people might take me more seriously. Now people can’t say I don’t have the qualifications.

“We’ve seen, in the game, people fast-forwarded without their qualifications. This pro license will enable me to put myself in a position to walk the walk and do the talking as well. I look forward to it. I’m very much into the management aspect of it not just the coaching side.”