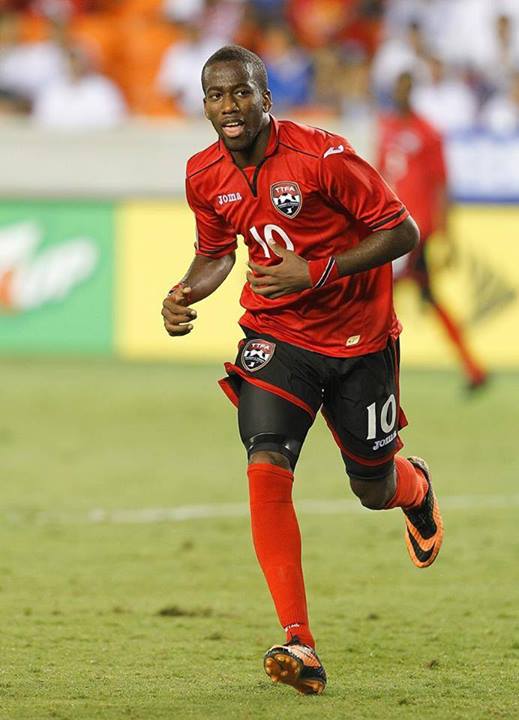 New Columbus Crew signing, T&T midfielder Kevin Molino is looking forward to the new challenge he will be presented with at the club in the United States.

Molino confirmed signing a multi-year contract yesterday, which would ensure that he continues plying his trade in the Major League Soccer (MLS) for yet another year. He was signed as a free agent.

The multi-talented midfielder who has scored many goals for his previous club- the Minnesota United, including up to recently where his goals helped the United to the Audi Cup Western Conference finals against the Seattle Sounders, told Guardian Media Sports yesterday that, "I feel good, I am looking to the new challenge, I kicked off 2020 good so I just want to continue. I am looking forward to meeting the team, the coaching staff, and everybody."

Molino, 30, who has been the go-to man for the T&T Soca Warriors in the past has scored 13 goals for the Minnesota United and had been having an enjoyable time, said that his move to a new club was inspired by his desire for a new challenge.

He said, "There was no problem at Minnesota. I just wanted a different challenge, to go somewhere and win some trophies and then represent Trinidad to the best of my ability."

The Carenage resident will be a key piece of national coach Terry Fenwick's puzzle for the FIFA World Cup Qualifiers beginning in March. T&T will open against regional rival Guyana on March 25, bt will also face-off with Puerto Rico, Bahamas, and St Kitts/Nevis in Group F.

Despite Molino's exploits, he said that he has been preparing for his club and his country as he expects a very tough season this year.

"There will be a lot of games so I am just trying to keep myself as fit as possible and be prepared for whatever comes my way," Molino said.