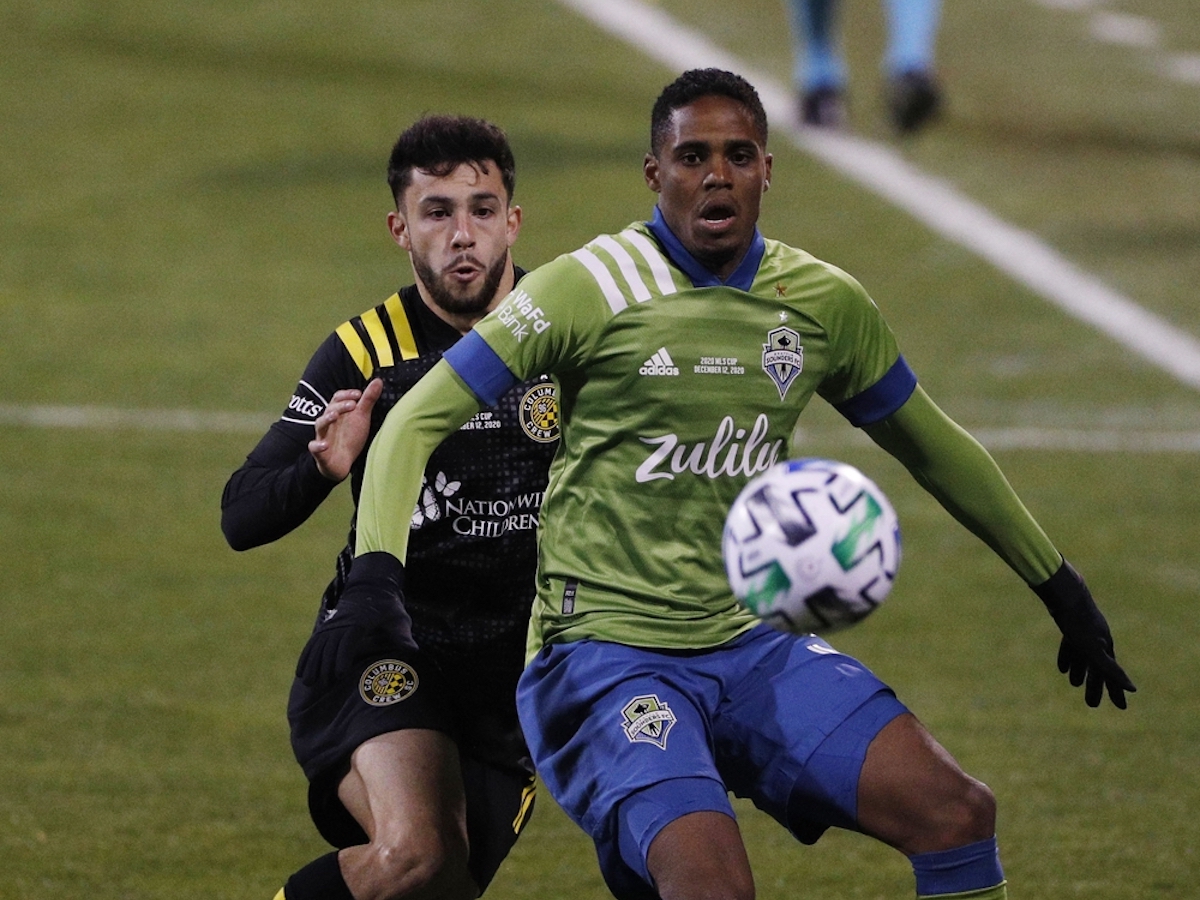 After an offseason of rumors and conjecture, Inter Miami has ended their search for a starting left-back with the signing of Trinidad and Tobago International Joevin Jones.

Announced on March 11th, 2021, Jones had this to say about making the switch down to Florida, stating:

"I’m very excited. Inter Miami is a big club, the people behind it are awesome. I’m excited to join and I can’t wait to be there.."

He then added on:

"I’m most excited to just come to South Florida and try to win trophies and help the team reach its goals."

Jones, 29, makes the jump to South Florida after spending the last two years with the Seattle Sounders. A skillful player who can play both as a fullback and winger, Jones will bring MLS Cup-winning experience to a lockerroom that got significantly younger during the offseason.

With the recent news that Kieran Gibbs could be joining the club in the summer (still doubt that it will happen, though…) Jones will be an excellent stop-gap at fullback until the 31-year-old Englishman's arrival.

As Phil Neville seeks to play a more possession-based style of soccer, Jones's positional flexibility will be a big help for Miami on the pitch.

Diego Alonso had a revolving carousel of players at the position, none of which got entirely comfortable. For the majority of 2020, current Austin FC player Ben Sweat started at left-back, but any Inter Miami fan or writer could tell you that he was the team's weak spot.

His lapses in concentration, lack of recovery speed, and shoddy defending ability cost the team points on several occasions. Going into 2021, it was clear that newly appointed Sporting Director Chris Henderson had his work cut out for him to find the right fit for what Phil Neville needs on the pitch.

From what has been said, Neville likes to deploy his teams in either a 4-3-3 or 4-2-3-1. It remains to be seen how Inter Miami will lineup, but taking into account quotes from press conferences, a flat back four - 4-3-3, seems the most likely.

If that is the case, Jones will be able to fit in seamlessly into Neville's setup; the Englishman values possession, winning the ball back as quickly as possible and making the team compact defensively so they'll be difficult to break down.

Canada International Jay Chapman had this to say about Neville's tactics:

"We're going to be a pressing team without the ball. Last season we weren't good enough with the ball. This year, there's been a real stress with our possession with the ball. Guys have been much better in training. We'll be a fun team to watch."

How He'll Fit In

Jones thrives on getting down the flanks and helping out his attacking line as much a possible. His positional versatility and willingness to get forward will provide Inter Miami tactical flexibility as well.

Neville likes his fullbacks to help provide the width in attack. While his wingers cut in, combining with the two central midfielders, the fullback's job is to hug the touchline and help support the front line, taking defenders on to get the byline to either whip in a cross or make room for themselves to get a shot off.

Because of his pace and technical ability, Miami's left-hand side will have an attacking outlet and a solid defender with recovery speed that will be an upgrade from Ben Sweat.

Presumed to be the starter, Jones' experience, skillset, will give Miami a different look at a position they desperately needed to fix. It's safe to say that the Inter Miami of 2020 will look very different in 2021.