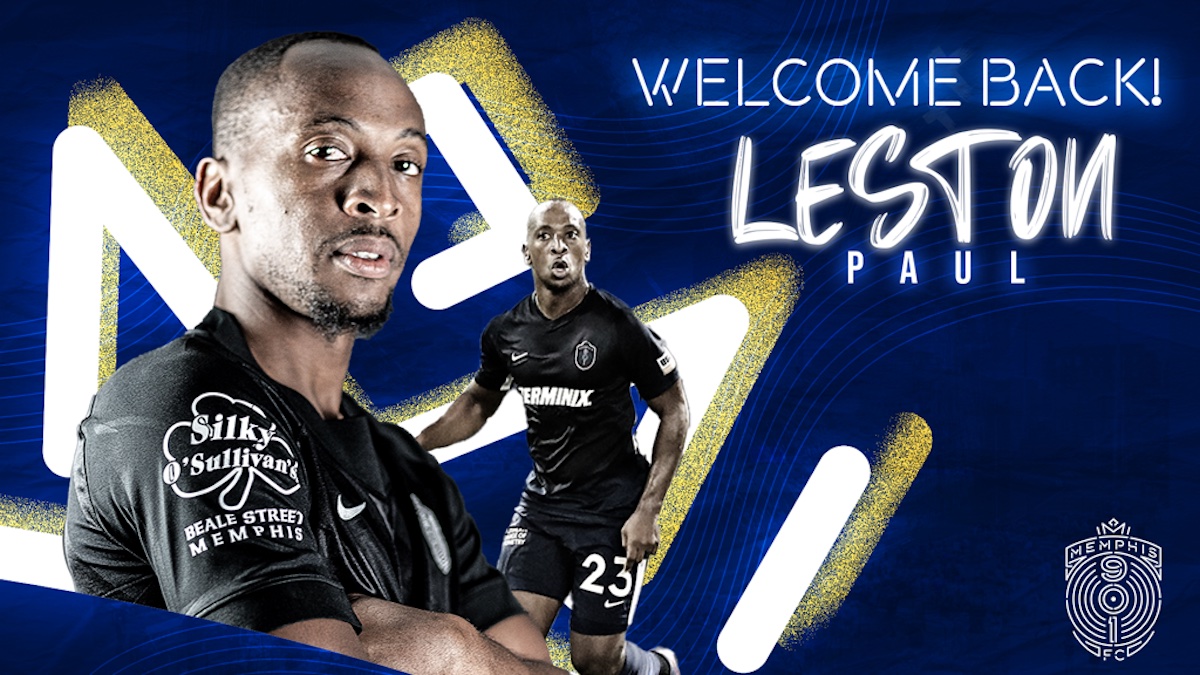 “Leston is the only remaining player that has been with this Club since day one and is our Club’s fearless leader,” said Head Coach Ben Pirmann. “He epitomizes what it means to ‘Defend Memphis’, gives everything he has day in and day out and is a tremendous example to the rest of this team.”

Paul will return to 901 FC for a fourth season in Memphis after a move from Trinidad and Tobago’s Central FC in 2019. Since arriving in Memphis, Paul has been a constant presence in the middle of the pitch with 60 appearances and over 4000 minutes.

The Trinidadian veteran has also made multiple appearances for Trinidad and Tobago at the international level and brings a wealth of knowledge to the middle of the pitch.

Memphis 901 FC is coming off its first playoff appearance in team history in 2021 and is set to begin its fourth season in USL Championship in March. Additional information about the 2022 season will be released in the coming weeks.