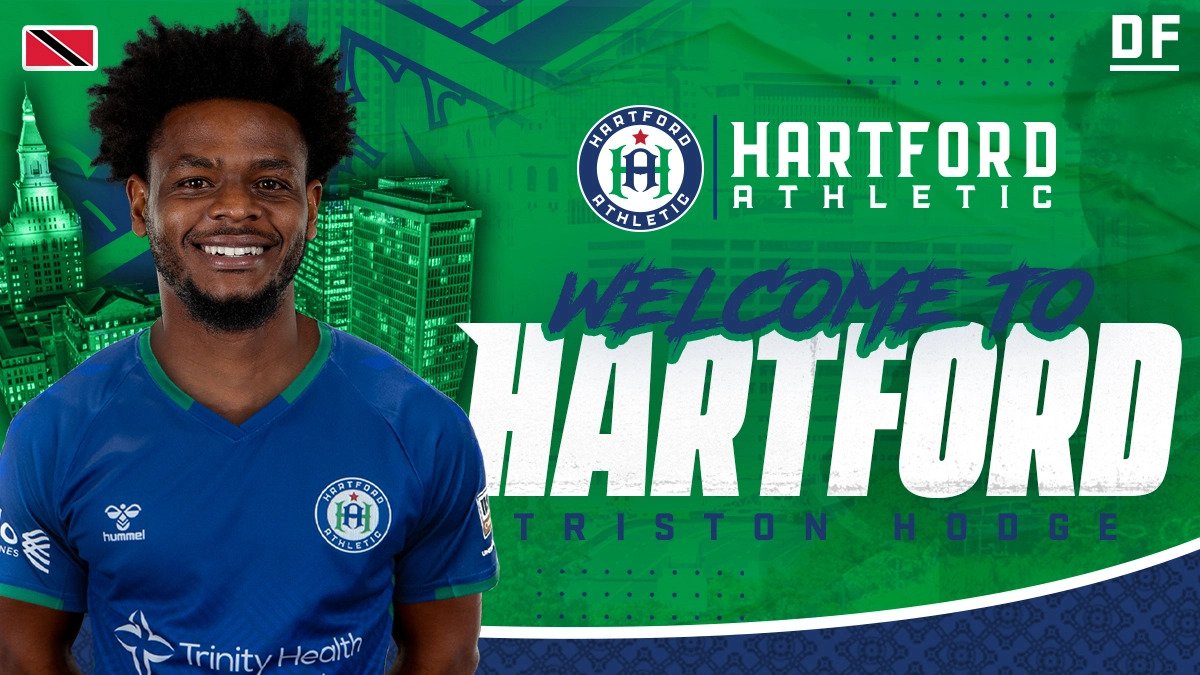 Hartford Athletic have signed defender Triston Hodge ahead of the 2023 season, pending league and federation approval. Hodge joins Robin Lapert, Tulu, Ash Apollon, and Niall Logue as defenders on the 2023 roster to date.

“I’m grateful to be given this opportunity with Hartford,” said Hodge. “I can feel the excitement around this team with Tab Ramos at the helm, and I can’t wait to begin playing under him and developing chemistry with my teammates. 2023 is going to be a great year for Hartford.”

Hodge comes to Hartford after spending the last two seasons with Colorado Springs Switchbacks FC. In 2022, he was a mainstay as a left back in the Colorado back line that totaled 10 clean sheets on the season and helped their club reach a Western Conference Final appearance. Across 26 appearances and 21 starts, Hodge made 41 clearances, 23 interceptions, and a team-leading 40 tackles won.

“Triston is a great presence to add to our back line,” said Head Coach Tab Ramos. “He is a technically talented defender who gets into the attack quickly, which fits perfectly into our style of play.”

Hodge was acquired by Colorado in 2021 on permanent transfer from W Connection F.C., a six-time champion of the TT Pro League, the top league in Trinidad & Tobago. He made his USL Championship debut with Toronto II in 2016, and spent two seasons with Memphis 901 FC in 2019 and 2020.

“Triston brings incredible experience and versatility to our roster,” said Technical Director Ray Reid. “He has experience playing in important matches at the Senior International level with Trinidad and Tobago, and was a leader of one of the league’s best defenses last year in Colorado. We expect Triston will raise the level of our defending even further next season.”

The 28 year old Trinidadian has five caps for the Trinidad & Tobago National Team, including his appearance in the Soca Warriors’ 2-1 win over the United States in the World Cup qualifiers in 2017.

Hartford Athletic has signed the following players for the 2023 season:

More player announcements will be announced in the coming weeks.