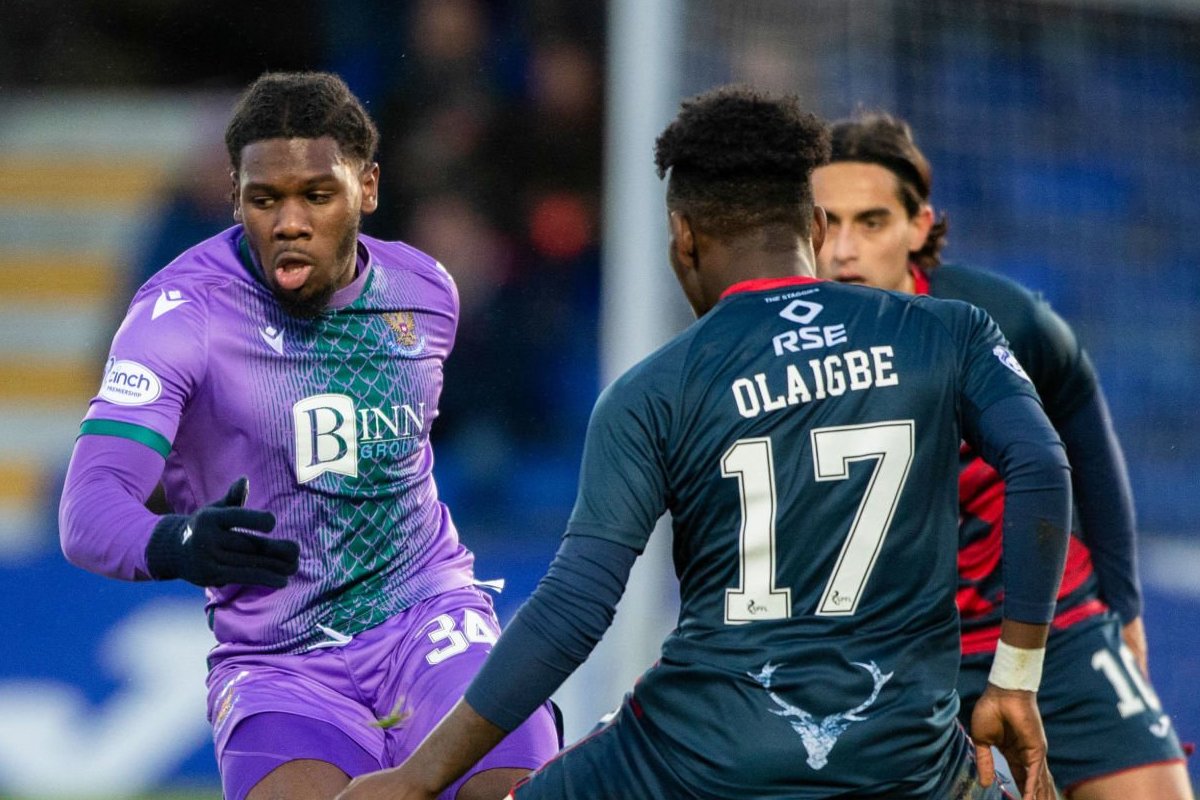 Sometimes the simple things are most pleasing.

The way a player accepts the football, holds onto it comfortably and then keeps possession ticking over with ease.

The way in which the ball is retrieved back when the opposition attempt to mount a dangerous attack of their own.

And certainly in that sense, the performance of Daniel Phillips against Ross County in the Highlands last weekend was kind on the eye and provided further evidence that he could well become a success at McDiarmid Park.

Phillips has been seen little by the Perth faithful since signing in August, not helped by injury and competition for places in the middle of the park. But he got his chance in Dingwall and took it.

A Trinidad and Tobago international whose youth career involved spells at Chelsea and Watford, Phillips was deployed in a defensive midfield role and provided a safety net for Graham Carey and David Wotherspoon.

He likes a tackle, perhaps too much so at times, but being busy is a trait which should not be talked down. You want him harassing his opponent and giving them as little time as possible to create.

Phillips is strong and used his frame on multiple occasions last weekend to shepherd the ball in the direction he desired while creating space to switch the play or pick a forward pass.

“You can see that Dan is very combative and physical,” manager Callum Davidson said of the 21-year-old.

“But he is really good on the ball, takes it and holds it for you. He is a confident young man.

“I think Saturday was the first game he hasn’t been booked in. I was pleased with that! He is learning all the time.

“He has qualities, aggression and physical strength. I was really pleased with him at Ross County.

“You see a lot of things in him and think ‘wow’.

“You can’t teach certain players how he holds the ball off, his strength and how he accelerates out of trouble.

“Dan has really quick feet, a good range of passing and understands the game. There are a lot of positives.

“But he needs to work hard and make sure he is as fit as he can be. When he is fit, he is a top class player.

“A bit like Cammy MacPherson, we just want him to stay fit until the end of the season.

“We have a young group coming through at St Johnstone who could be here for years to come.

“It is really important that Dan stays fit and produces performances.”

Off the field of play, Phillips appears to be settling in rather nicely and was all smiles when the cameras were down at training last week.

Davidson revealed: “He is a lovely guy and is very chatty in training. Very aggressive in training.

“He gets on well with the lads. From what I see around the place, he has fitted in really well. It is a great place to fit in.”

Davidson, meanwhile, also provided an update on striker Chris Kane who has been out for the best part of a year with a knee problem. He was influential in the club’s cup double success.

“Chris is at a stage where he is probably going to have to have a wee go and push through,” Davidson said.

“He will need to see where he is and get back to training as quickly as he can. He has worked really hard on his strength.

“Injuries can be difficult and sometimes you get stuck. I’ve been there myself. Sometimes you need to grind through it.

“He has done all the work and the specialists are happy with his knee. There is just a little bit of discomfort.

“Hopefully we can get him through this last little stage and get him back on the training pitch.

“It has all been done medically. He has seen two or three different people to assess it.

“We’ll probably have more news on him in two or three weeks’ time.”