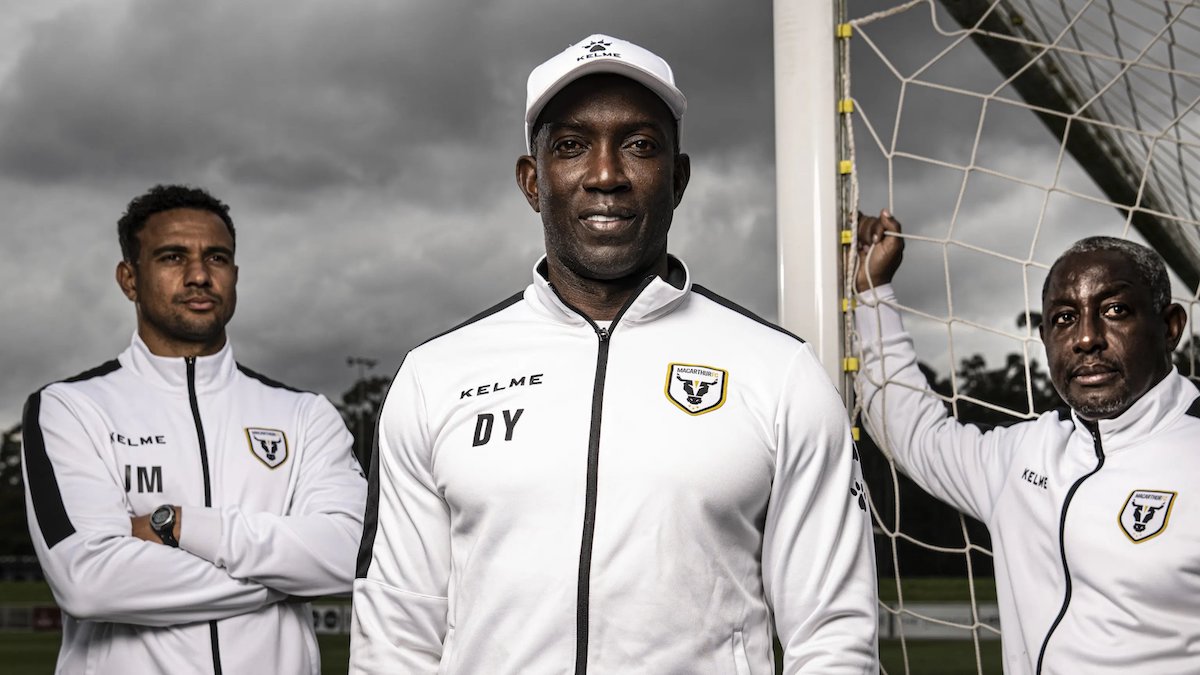 Dwight Yorke is no longer head coach of Macarthur FC, with the club announcing his shock departure via mutual consent on Saturday, January 21.

Yorke vacates his position just 13 games into a two-year contract, with assistant coach Russell Latapy also leaving the club as part of the agreement.

The 51-year-old joined Macarthur ahead of the 2022-23 Isuzu UTE A-League season, in what was his first role as a senior head coach. The former Manchester United striker, who was a key piece in Sydney FC’s Isuzu UTE A-League championship-winning side in 2005-06, took the Bulls to five wins, two draws and six defeats through 13 rounds of the current campaign.

AAP reported Yorke held a meeting with Macarthur chairman Gino Marra on Saturday where, it was decided they would agree to mutually terminate his contract.

In a club statement, Marra thanked both Yorke and Latapy for their contribution to the club, which included the 2022 Australia Cup title clinched on October 1 against Sydney United 58 – Macarthur’s first piece of silverware.

“I would like to thank Dwight Yorke and his assistant Russell Latapy for their contribution towards our club and, in particular, Dwight leading Macarthur to our first silverware with our 2022 Australia Cup triumph, Marra said.

Yorke added: “I want to thank the chairman Gino Marra, CEO Sam Krslovic, all the ownership group as well as all the staff, fans of Macarthur FC.

“I leave the football club with a great team that will continue to challenge for more silverware.”

Confirmation of the departure came just hours after Paramount+ co-commentator Andy Harper sent the rumour mill spinning; on the broadcast in the aftermath of Western United’s 1-0 win over Sydney FC, Harper stated: “I’ve just got to drop this really quickly, I’m hearing news that Dwight Yorke has parted ways with Macarthur.”

Former Isuzu UTE A-League strikers Daniel McBreen and Scott McDonald, joining Harper on the telecast, then tried to make sense of the shock claim, and questioned where the former Trinidad and Tobago international would land next as he takes the next steps on his managerial journey.

“The rumour mill is going to start, isn’t it?” McBreen said.

“It comes straight off the back of another Sydney defeat… I’m sure if we got to Twitter now, it will be (in a) frenzy of rumours.”

McDonald added: “Absolutely, it’s a case of where’s he going? Because he doesn’t leave if he doesn’t have another job (lined up).

“He’s still young in terms of managerial career, in learning, wanting to do well so I don’t see him parting ways if he doesn’t have another job lined up.”