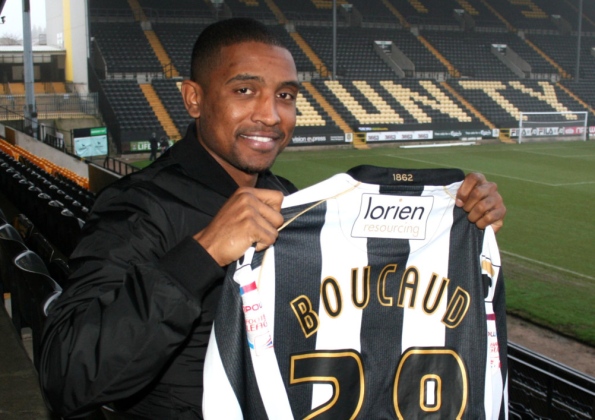 Notts County Football Club is delighted to announce the signing of Andre Boucaud from Luton Town for an undisclosed fee.

Boucaud, 28, spent the first half of the season on loan at Meadow Lane from the Blue Square Premier League outfit and first team manager Keith Curle has made no secret of his desire to retain the midfielder on a permanent basis.

The former Peterborough United man had spent six years in non-league prior to his summer link-up with the Magpies but quickly established himself as a first team regular.

He made 23 appearances in the black and white stripes and scored one goal - a stunning hit against Coventry City at the Ricoh Arena.

Having signed on the dotted line on Thursday afternoon, Boucaud will be contracted with the club until June 2014.

Chief executive Jim Rodwell was pleased that a deal could be struck with Luton so early into the January transfer window.

He told the official site: "Negotiations over the transfer were very smooth and we are delighted to have come to an agreement with Luton and Andre.

"We feel the move highlights the club's ambitions of becoming a Championship side and we see Andre as a big part of making that a reality.

"He has been one of our best performers so far this season and we're thrilled that he is now officially a Notts player."