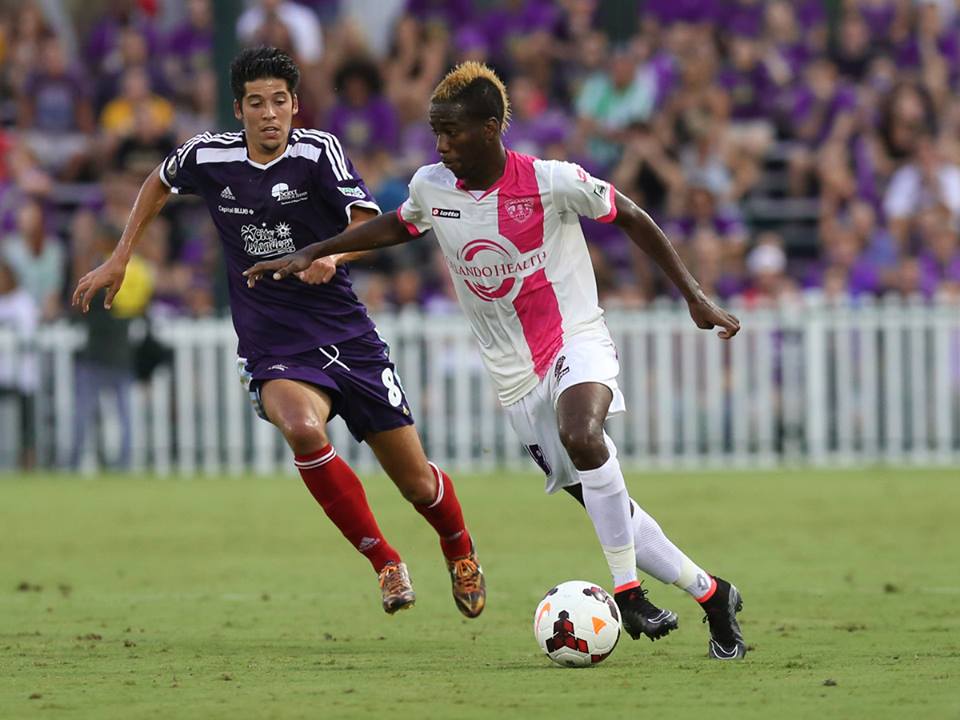 Kevin Molino made Orlando City Soccer Club history when he signed on to be the club’s first Major League Soccer signing. Now he can now add the single-season USL Pro scoring record to his list of accomplishments.

Molino, who now surpasses Dom Dwyer and Jose Angulo, scored his record 16th goal of the season in the 51st minute vs. the Richmond Kickers on Saturday night for Orlando City, which ended 3-2 in favor of the Lions. The midfielder took a shot off a deflection, curling into the top right corner of the net.

Orlando City were going into City Stadium with a four-game winless road skid, which diluted Orlando City’s 11 point lead in the standings to three points heading into the game at Richmond.

Besides leading the league in goalscoring, the Trinidad and Tobago international now has five goals in his last five matches, a scoring run for Orlando City that was last seen in 2013 when Dom Dwyer recorded 10 goals in five games last year in USL Pro.

Molino wasn’t the only future MLS player to get on the scoresheet, as defender Rafael Ramos and midfielder Estrela, who recently joined Orlando from Benfica, each scored on their debuts for the club. Meanwhile, OCSC has now collected 10 goals in their last 5 games from five of their players expected to be in MLS with Orlando next year: Kevin Molino (5 goals) Darwin Ceren (2 goals), Tyler Turner, Rafael Ramos and Estrela with one goal each.