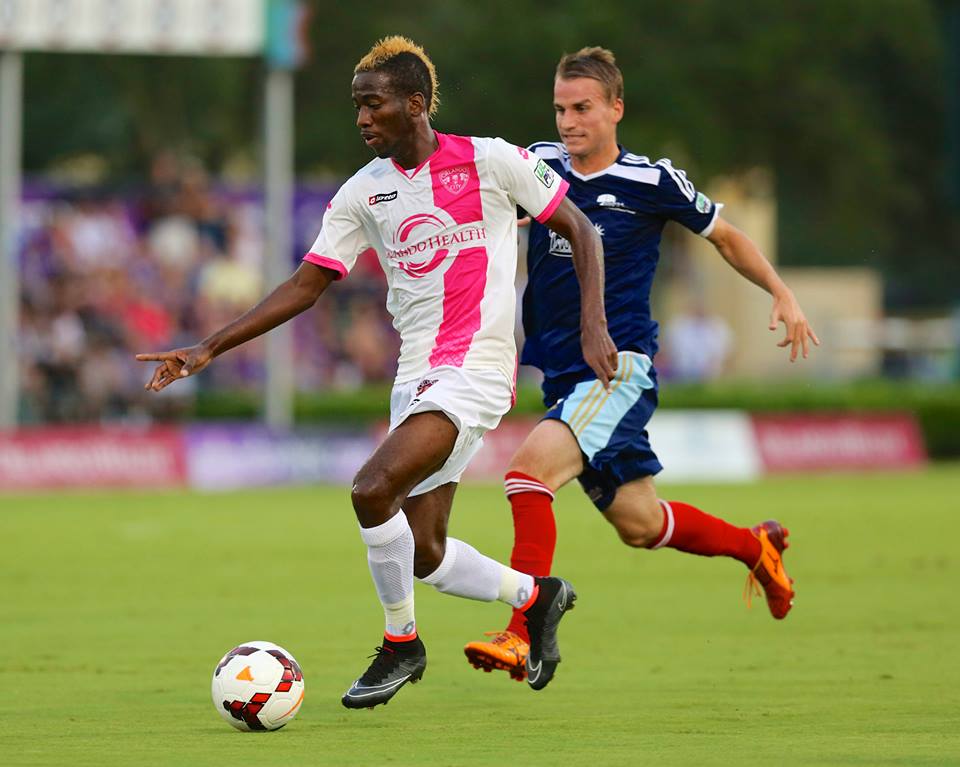 A lot can change during four years of a young man's life.

Orlando City Soccer Club midfielder Kevin Molino has been living the American soccer dream ever since arriving in town to play for the Lions in 2011.

On Saturday, the 24-year old notched his 16th goal of the year during a critical 3-2 road win at Richmond to break the USL-PRO single season scoring record. He entered Thursday's match at Wilmington leading the league in points (39) and ranked in a tie for second in assists (7).

The goal Saturday surpassed the previous mark set by Orlando City's Dom Dwyer and Pittsburgh's Jose Angulo in 2013. It also validated the club's faith in its first Major League Soccer signee and adds to the local soccer standout's increasing confidence.

"When he came here in 2011, he was a shy kid who really didn't talk much. He didn't have the flashy hair and the crazy clothes that he wears, but now you see him break the record with a bright-yellow mohawk," Orlando City defender Rob Valentino said with a smile. "I love it. He brings a lot of life to the locker room and he keeps things fun."

They've witnessed the Molino's improvement on and off the pitch after he left Trinidad and Tobago to join the Lions. Although he kept to himself during much of his rookie season, Molino blossomed into the league's most valuable player in 2012 and now thrives at a young age as a national team captain and leader with the Lions.

"I think back then, it took him a little while to settle down," Gallardo said. "In this game, if you're not happy off the field, you're not going to be able to perform well. Now he's coming in having a good time all the time and always laughing. He's got a great personality. He enjoys doing this and he's been taking that onto the field."

With great success, and an equally flamboyant persona, comes even greater expectations. Molino realized as much early in the season as his personal play matched the club's impressive start.

But he's careful to deflect much of the attention away from the record and focus instead on his team defending its league title and gunning for its third championship in four years.

"When I scored that goal, it was like getting the pressure off my back, and then it was time to continue doing what I do now that the record was broken," Molino said of his key strike against Richmond. "I'm more concerned about the team winning, but I'm happy to break the record. It's over now and I just want to keep doing good for the team. Now I'm looking forward to the playoffs and hopefully I can keep scoring for them."

Orlando City coach Adrian Heath may be the least surprised about all about Molino's success.

"The one thing that's been frustrating for me has never been his level of ability or his commitment, it's been the fact that he didn't score enough goals," Heath said. "Now he's starting to put the goals on top of all the lovely play that he has. He's got an unbelievable first touch, he's got great vision, great awareness, great balance and he's got to keep working hard now because this is only the start for him.

"Next year coming up is going to be big for him."