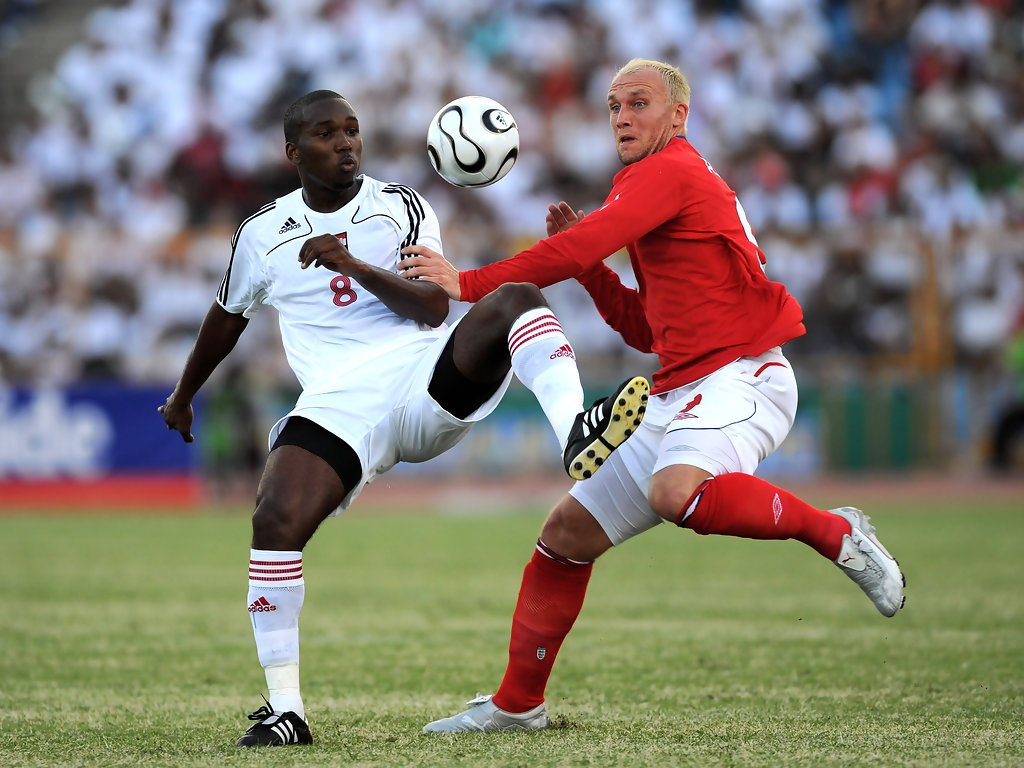 Cardiff City could be about to make Khaleem Hyland their next January signing after he joined the club for a week’s trial.

But what do we know about the man who looks set to leave Racing Club Genk in Belgium?

Here we take a look at just what Bluebirds fans can expect should Slade decide to hand the 25-year-old a deal at Cardiff City Stadium...

What position is he?
Hyland is a big, strong and combative defensive midfielder who is said to have a good range of passing and a fierce shot. He is also able to slot in at the back if need be and played for Racing Club Genk there when they took on Chelsea in the Champions League in 2011.

Where has he played his football?
He started his career with San Juan Jabloteh in his native Trinidad and Tobago before Harry Redknapp tried to take him on at Portsmouth in 2008. That move was ultimately doomed though when the then-19-year-old Hyland failed to secure a work permit. That was in spite of him making his debut for Trinidad and Tobago’s national side that year and featuring in a friendly for the Soca Warriors against England a couple of months previously.

He ended up with Zulte Waregem in Belgium where he scored five times in 59 appearances before moving to Genk in 2011. There he has four goals in 75 games. He now has dual citizenship after getting a Belgian passport so securing a work permit should present no problems on this occasion.

Why is he leaving Genk?
According to Marnik Geukens, a Belgian football journalist, Hyland had a ‘good contract’ with Genk and, because they have other midfield options, new boss Alex McLeish was willing to let him go.

Geukens told WalesOnline: “They have two young kids in his position who are doing well. One is Sergej Milinković-Savić - the brother of the Manchester United keeper Vanja Milinković-Savić. He is doing well plus there is a local guy as well.

“That’s why Hyland has left. The problem is he is one of the guys with a good contract so they tried to get rid of him because they have the same options in that position.

“Alex McLeish is the new boss and he is building a new team, a young team. That’s one of the reasons they want to let him go. They don’t have financial problems because they are one of the richest teams. The problem is they are cutting down the budget because they aren’t playing European football this season.”

How good is he?
Geukens says Hyland is more than good enough for Championship level when performing at his best. He certainly has a good pedigree, having won 37 caps for his country and started both of Genk’s games against Chelsea in the Champions League in 2011/12. They were beaten 5-0 at Stamford Bridge, where Hyland picked up a booking, but held Chelsea 1-1 in Belgium.

Is there any competition for Hyland’s signature?
Reports in Belgium say Hyland has been in the UK since December looking for a new club.

According to reports earlier this week, Alan Pardew’s Crystal Palace were also thought to be interested in taking Hyland on trial.

Kenwyne Jones is a big mate of Hyland’s though, and linking up with his international team-mate may be a big pull for him and decisive factor in Cardiff’s favour.