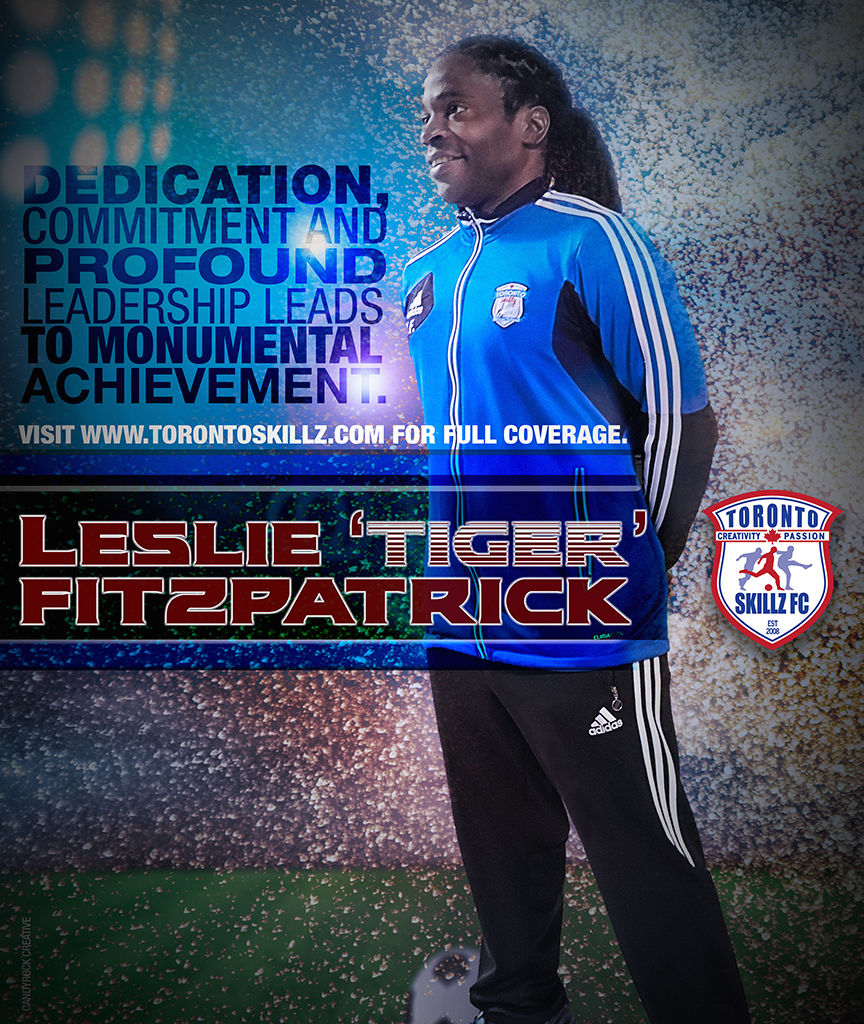 Toronto Skillz FC Academy would like to announce the awarding of the USSF ‘A’ Coaching License to its Technical Director Leslie ‘Tiger’ Fitzpatrick.

Coach Fitzpatrick, whose accomplished playing career saw him capped internationally for his native Trinidad & Tobago over 30 times including their successful qualification for the 2006 FIFA World Cup in Germany, in addition to almost a decade’s worth of professional experience in Europe, Asia, North America, and the Caribbean, he began coaching during his playing years. Upon his retirement in 2012, he embarked on his coaching career full time and his infectious, enthusiastic, tenacious, and fun loving persona that was displayed so often as a player, can be immediately seen in his coaching style and demeanor. His dedication and commitment to his craft and his players immediately earned him the respect of all those he interacts with in the game.

During his tenure thus far with TSFC Academy, he has overseen back to back year end SAAC Championships with his U20 age group as well having two of his players graduate to the professional ranks and a couple others who are on the cusp of a similar achievement in the sport. He is also overseeing the TSFC Academy tertiary education and scholarship program and he has also been sending players to the next level of the game both in Canada and USA. He has used an extensive network to build partnerships with the Academy and Clubs globally and continues to work on legitimate relationships that will benefit players not only in the Academy, but in SAAC and throughout Canada and North America in general.

We at Toronto Skillz FC are extremely proud and honored to have Tiger as our Technical Director and we would all would like to take the opportunity to formally congratulate him on this monumental achievement in his coaching career.