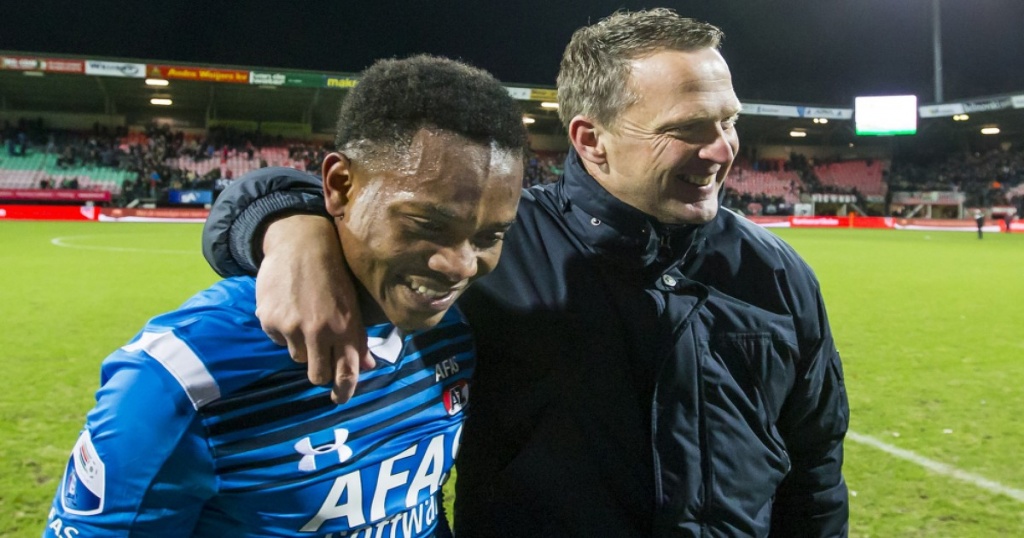 Garcia a 71st minute substitute in yesterday’s Eredivisie game against NEC Nijmegen, scored his first goal less than a minute after taking the field with a tap-in that made it 3-0.

After the victory, Garcia was in no doubt about his feelings.

“The best moment of my life, so far,” he said. After a neat buildup on the left flank, the ball was whipped low across the six yard box where Garcia stole in front a defender to bundle the ball into the back of the net.

It was Garcia’s second game for AZ Alkmaar since making his move to the Netherlands to play in the top division. After describing his debut against Feyeenord - a 4-2 win - as a dream come true, Garcia yesterday gave his new club a taste of what’s to come.

The Santa Flora footballer and TT’s youngest ever pro in Europe, 18 years old and 71 days, missed the AZ Alkmaar record by 31 days. Former centre-back Michel Vonk, who played at the club from 1986-1991, holds the record of youngest club scorer at 18 years 40 days.

“Making my debut was maybe the most important day in my life and my career,” Garcia said recently. “I was so excited that at one point I couldn’t believe it was actually happening. It was an amazing feeling and I would wish this could happen to any young boy who has dreams of being a professional footballer. I would tell any young man to go after his dreams,” he added.