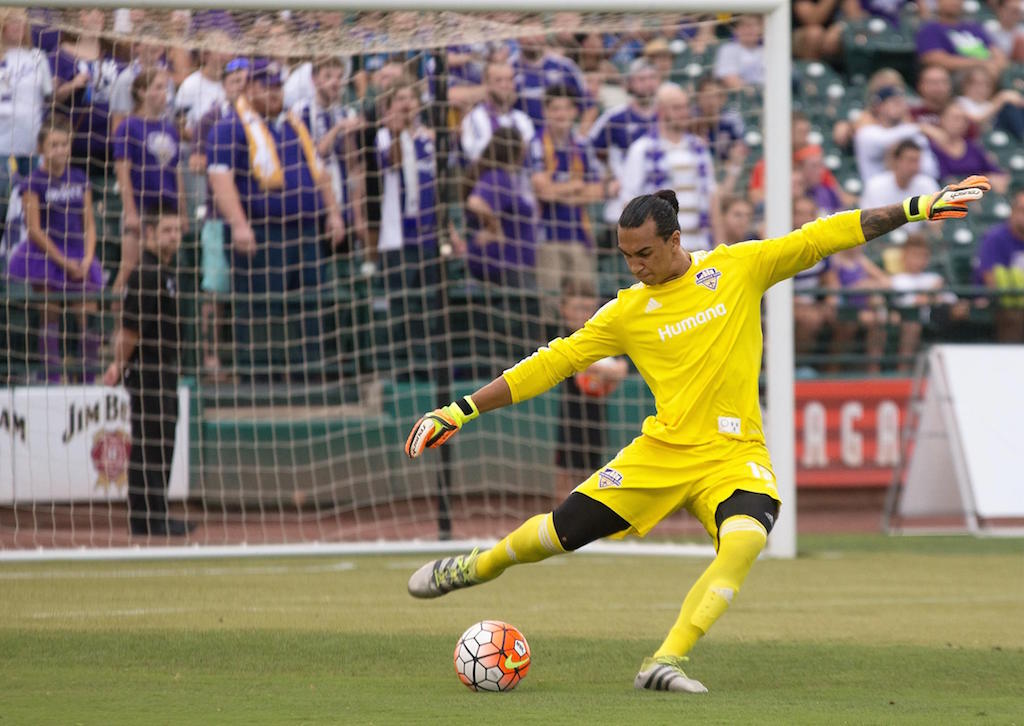 Louisville City FC has agreed to a new contract with one of the United Soccer League's top goalkeepers for the 2017 campaign.

Pickering, Ontario, native Greg Ranjitsingh will return for a third year with the club after taking over the starting job midway through last season. On his way to allowing just 0.83 goals per game, the 23-year-old also experienced LouCity's first full international call up.

"I'm really happy to sign and be part of the team in the coming year," Ranjitsingh said. "I'm excited to play in front of the fans again and hopefully bring a championship and a trophy to the city."

Ranjitsingh is the 12th player back from LouCity's 2016 team that advanced to the USL's Eastern Conference Final. He joins Tim Dobrowolski in a goalkeeping corps that will also benefit from the return of most key defensive pieces.

Ranjitsingh, a product of Division I Mercer University, figures to lead the competition for playing time at his position. His 72.5 save percentage ranked among the USL's best. Combined with his 6-foot-2, 193-pound frame, Ranjitsingh earned a chance to train in September with his father's native national team, Trinidad and Tobago, during World Cup qualifying.

"I'm really pleased to get Greg back on board," O'Connor said. "The way he's developed since he got here has been really impressive."

Ranjitsingh signed with LouCity as a rookie and learned under Scott Goodwin, who starred for the club during its inaugural, 2015 season. When Goodwin was sent off during a game last April, Ranjitsingh took over between the posts and held the job from there, posting clean sheets in his first five starts.

"For 2017, I just hope we keep building off the previous years," Ranjitsingh said. "Being here since the inaugural, Louisville City is a club that has grown ever since. I expect to have more success."

Ranjitsingh left LouCity's Oct. 16 playoff loss to the New York Red Bulls II with a groin strain that he has continued to heal while home in Canada. The keeper said he's rehabbing at a local gym, "and I think I'll be at full strength in the next couple of weeks -- for sure by the preseason."