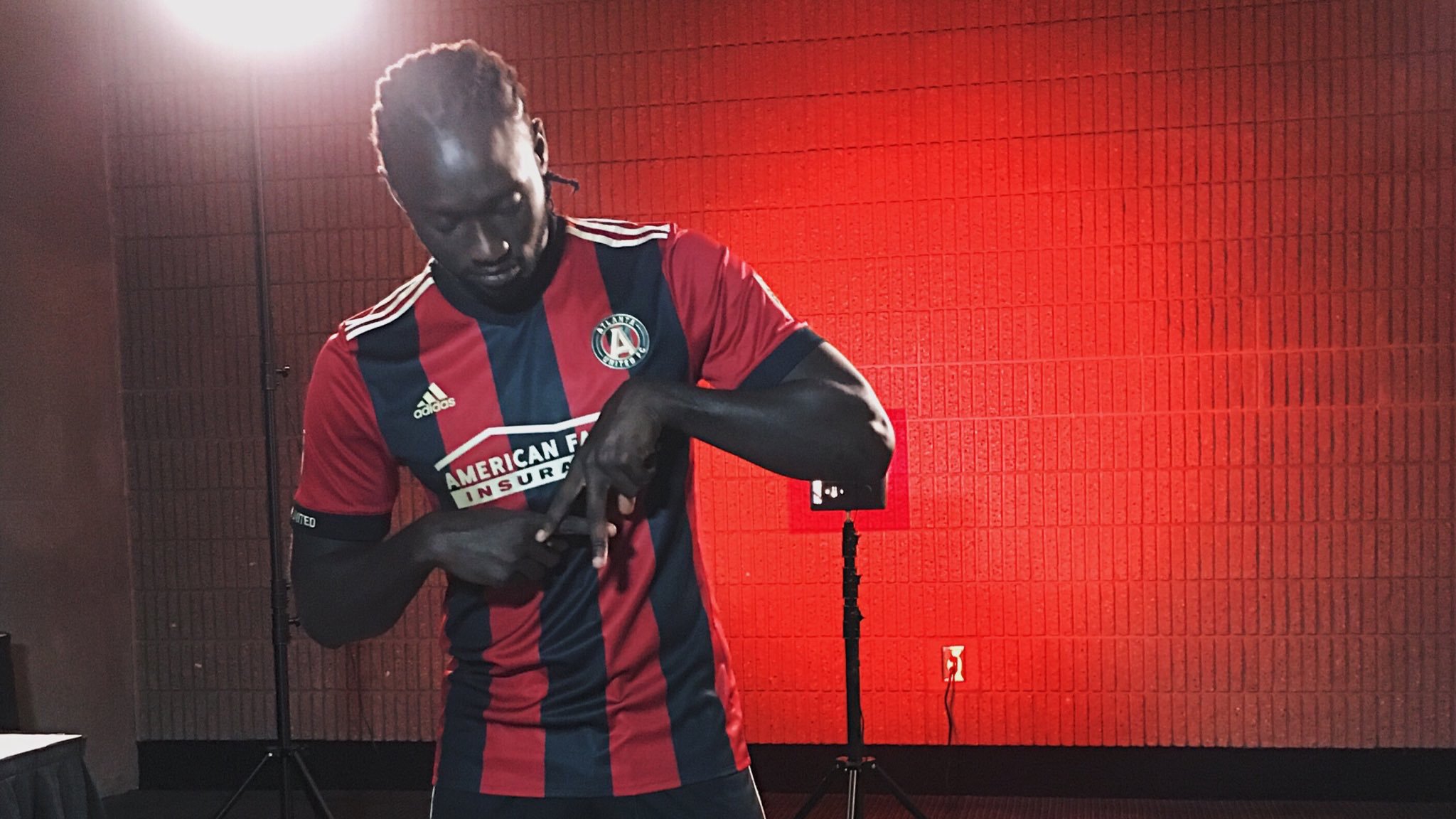 Atlanta United’s Kenwyne Jones gave his first interview to a member of the Atlanta media while standing in the middle of a soccer field in the growing darkness of Bradenton, Fla. on Wednesday.

Jones, a native of Trinidad and Tobago, has a reputation of being a great interview after years of being in the Premier League, where he played for Stoke, Sunderland and Cardiff City, among others.

A: For me, No. 1, it was about a different experience for myself. I’m from the Caribbean. I’m not from the U.K. I’ve been playing professionally in the UK for 12 ½ years. My career isn’t over yet. I have three, possibly, four good years left. I wanted to experience a different culture.

I grew up looking at various types of soccer. MLS has been growing and I always wanted to play here someday. Happily, it’s with Atlanta United.

Of course it’s a beautiful city, a beautiful set-up as everyone can see. It’s about helping building a legacy, build a franchise and create a little bit of history.

Q: Do you have any history of doing anything like that outside of soccer? A school or a charity?

A: I don’t like to label myself with a specific charity. I have a different outlook on that. It’s structured. For me, charity is basically walking down the street and helping someone out, whether it’s someone who is homeless or giving advice at schools. Whatever the case, I can lend my hand to.

Q: How do you think you fit in with what Gerardo Martino wants to do, your skills and his style?

A: We are only two days into preseason so the proper identity of what the team is going to be is still in the works. You can see that they are trying to slowly but surely impress the style and pattern of play. Of course, we still have a couple of people missing. People are going to be missing who are integral to the squad. So we still have a lot of work to do.

Q: What is your first soccer memory?

After that, growing up on World Cups, European Championships, all types of football.

Playing myself, it’s just been a continuation, a streamline of events happening from when I was 5 years old until now.

A: I’m just becoming a fan of NFL, properly. It goes without saying that I hope the Falcons win because it’s going to be my home. I have to support them not just because I’m living there but coming in on the wave of the euphoria and the way they played this year, the things they have to overcome being the underdogs, you have to give them that support, 100 percent.