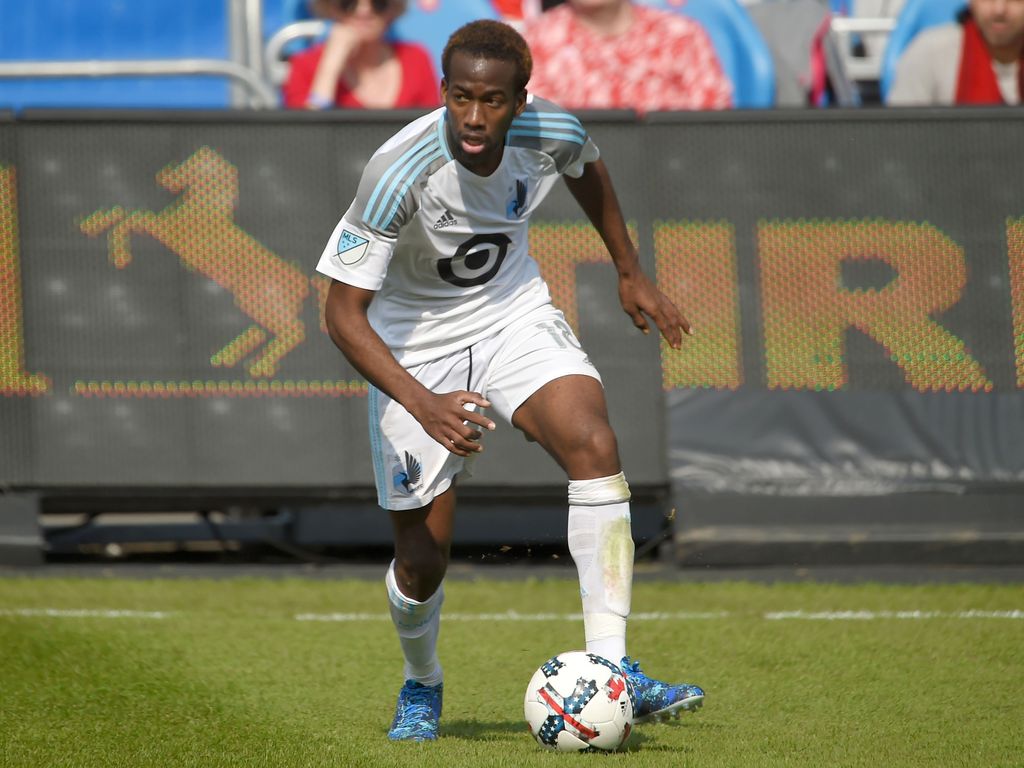 In the 62nd minute of Minnesota United’s 3-2 loss at Toronto FC on Saturday, Kevin Molino stepped up and took a terrible penalty kick that rolled right into the arm of Toronto goalkeeper Alexander Bono.

But here’s what makes Molino worthy of United’s big-money transaction that brought him to the expansion team this offseason: He strolled right back up to the blocked ball and coolly slotted home the rebound.

That goal was Molino’s second of the match and the second time he started the Loons’ ultimately unsuccessful comeback. Several other attacking players had golden opportunities to score, including rookie Abu Danladi in the first half and substitute Johan Venegas late in the second. Only Molino capitalized.

The Trinidad and Tobago native has started and played 10 matches for United, missing one because of national team duty. He has five goals and three assists this season. But before the Toronto match, his last goal was in a 4-2 victory over Salt Lake on April 1 and his last assist was in a 2-2 draw at Houston on April 15.

The reason for Molino’s sudden uptick in offense might have a bit to do with a lineup adjustment. Molino has played mostly on the right wing this season. But against Toronto, he played more centrally in a playmaking position. Danladi took his spot on the right.

“We put him underneath … to try to get him a bit more involved in the game and to try and see if he can link up with Ibson,” coach Adrian Heath said. “We’ve got the two midfield players [who] are both very good first touch, and they can find the little pockets of space in behind. And that’s when Kevin’s at his best. So I just wanted to see if we could get him on the ball a little bit more … and I thought we did a little bit.”

Molino, though, isn’t one to wax poetic about his two goals Saturday. Instead, he lamented the wasted chance of bringing the momentum of a big victory against one of the league’s top teams into Sunday’s 4 p.m. matchup with LA Galaxy at TCF Bank Stadium.

“Most important, the game is a team sport, and we all want to go home happy together, collectively, with three points,” Molino said in a team news release. “The two goals are good to keep my confidence up, and I look forward to the next game against the LA Galaxy.”

Heath said the challenge with Molino is just to give him opportunities. Because as the penalty-kick-gone-wrong-turned-right evidenced, Molino won’t squander them.

“He’s a quality footballer,” Heath said. “I expected before this season started, he’d get double figures in both categories [goals and assists]. So if he stays healthy, he’ll get his 12 to 13 goals.

“But more importantly, we need to keep him involved in the game because that’s the hardest thing with football, to score and make goals. So the more we can keep him active and in and around the game and the ball, the better he’s going to be.”