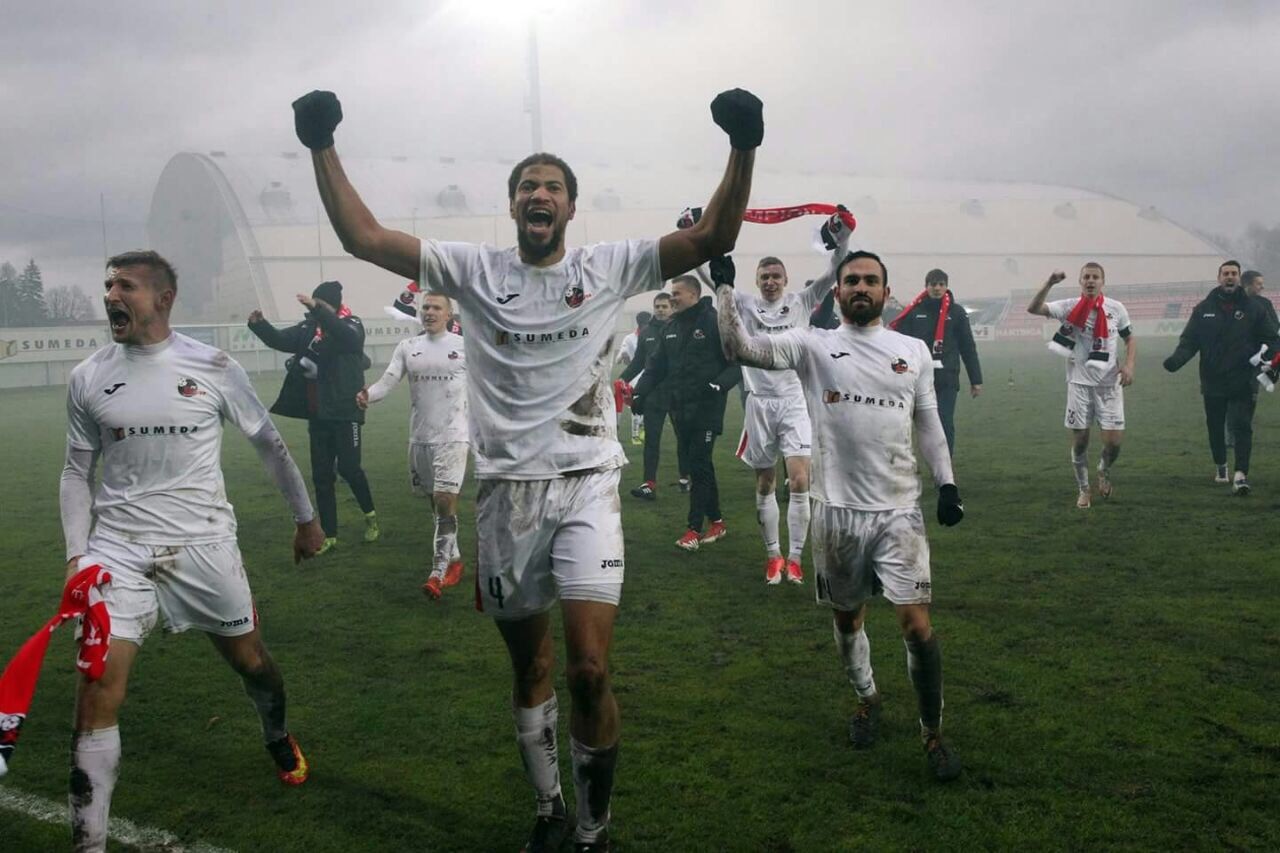 Long-time Trinidad and Tobago defender Radanfah Abu Bakr could be getting a taste of UEFA Champions League Football in 2018.

Going into the match defending Champions Zalgiris were just one point behind Abu Bakr’s team and were expecting to mount a determine effort to grab their 5th consecutive title but that was put to rest with a first half onslaught which saw goals in the 7th and 8th minutes plus one on the stroke of half time.

Despite having the lion’s share of ball possession in the second half, Zalgiris could not come up with a response to address the deficit which was mainly due to some resolute defending by the Vladimir Cheburin coached outfit.

“I'm absolutely delighted with this incredible achievement! It's been a long, arduous season and God has rewarded our endeavour and sacrifice with the league title. The league is competitive and improving all the time, so you must really work hard to earn your points.”

Abu Bakr told TTFA Media. “It’s an historic achievement for the club being its first ever league triumph. It's huge for the city, the fans, the staff, players and of course for me personally, especially after the disappointment of not qualifying for the World Cup 2018.”

He continued “We also had an amazing adventure in the Europa League qualifiers earlier this year. We became the first Lithuanian club to get to the 4th playoff round and just missed out on group stage qualification.

Next year will be an even greater test in the Champions League qualifiers. It's definitely a competition I'm keen to measure myself in.”

The big defender didn’t forget his supporters at home as he thank those instrumental in his success.

“Must mention and give thanks to my family and close friends for their unwavering support throughout.”

Abu Bakr concluded as he made his way home to Trinidad and Tobago on a much-deserved vacation.