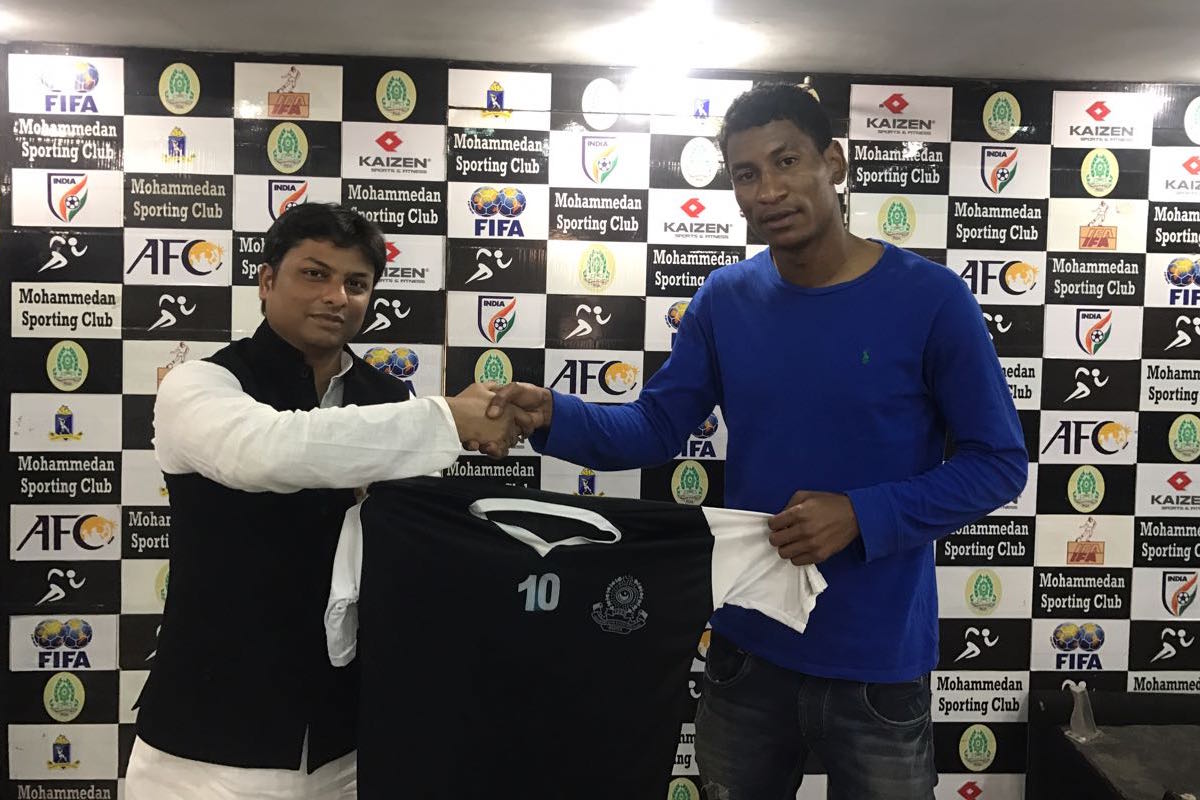 Kolkata’s Mohammedan Sporting Club have pulled off a coup ahead of the 2017/18 Second Division League by strengthened their squad with the signing of Trinidad and Tobago striker Willis Deon Plaza only days after he was released by city rivals East Bengal.

The 30-year-old Caribbean marksman becomes the Black Panthers’ first foreign signing for the Second Division League and the first ever North American player at the club.

General Secretary Ghazal uz Zafar was delighted with the latest addition to the squad and said, “I am extremely happy to have secured the services of Plaza. He is a proven talent and he has plenty of top level experience. I am confident that he will be an asset to the squad in the upcoming season. I wish him all the very best for the season.”

Having completed formalities, an excited Plaza said, “I have heard a lot about Mohammedan Sporting Club. It’s an honour to be a part of such a big club. I can’t wait to join my teammates and begin training.”

Plaza, who joined East Bengal Club from San Juan Jabloteh FC ahead of 2016/17 I-League, scored 14 goals for the Red and Golds in all competitions. He also represented his country 23 times and scored seven goals.