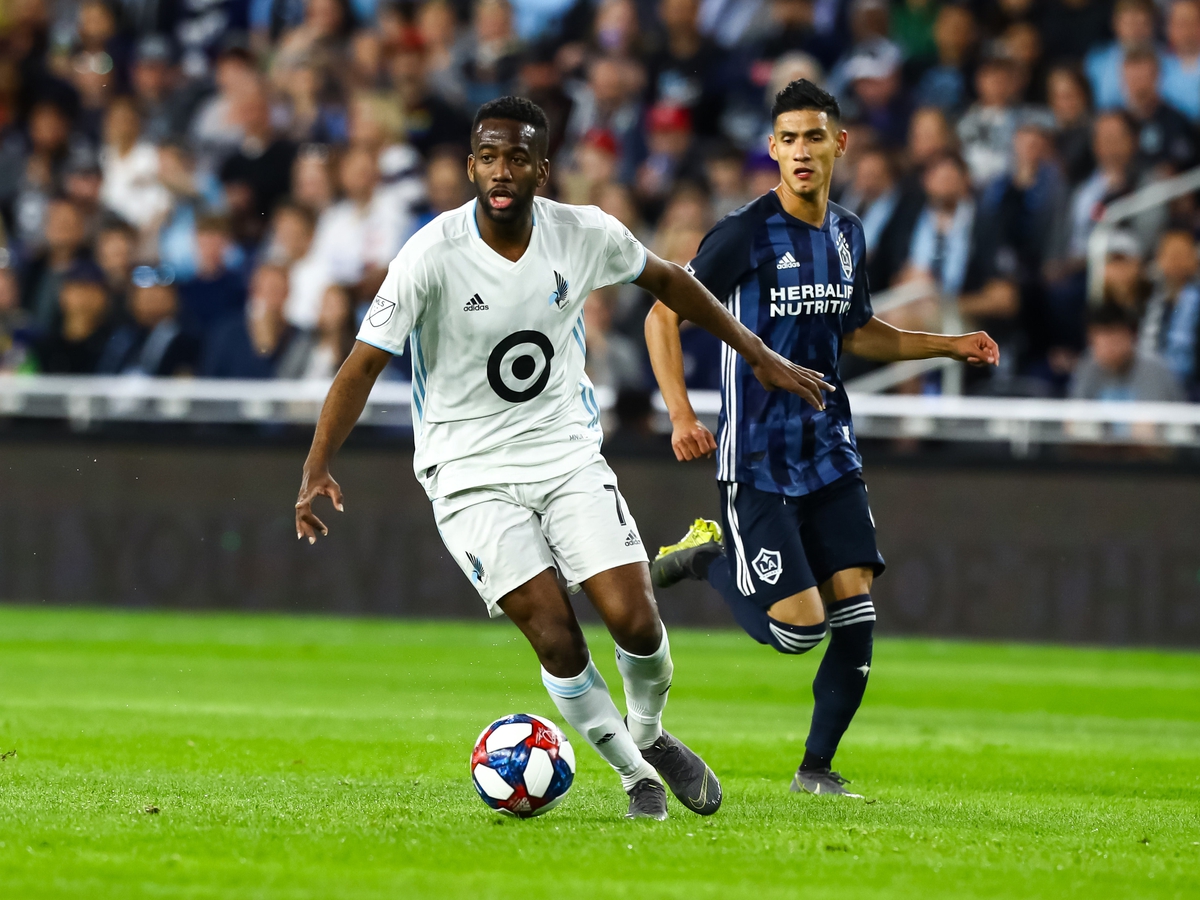 Kevin Molino was one of the last Minnesota United players to leave the training field in Blaine on Monday, May 20. The Loons midfielder did an extra two-touch juggling drill with goalkeeper Vito Mannone before calling it a day.

“This is my happy place,” Molino said.

Molino has been savoring his spot more lately because he knows how quickly it can be taken away and for how long.

In May 2015, playing for Orlando City, the Trinidad native tore his anterior cruciate ligament in his right knee. Nine months later, he was back on the field for the 2016 opener.

That absence was brief in comparison to his latest knee injury, with Minnesota.

Last March, after contributing an assist against Orlando, Molino tore the ACL and both menisci in his left knee.

Molino admitted Monday he thought it was going to be a similar eight- or nine-month rehab process. But it took 13 months, with the added layoff for the menisci. When he returned in late April, he wasn’t at the top of his game.

“It was tough, but what doesn’t kill you makes you stronger mentally,” Molino said. “I put in the work to get to where I am now.”

Columbus at Allianz Field on Saturday. It was the closest he has looked to the player for whom Minnesota forked over a then-MLS record $650,000 in January 2017, and the attacking midfielder who produced seven goals and nine assists in the club’s expansion season that year.

“He looks to have a bit more explosiveness back in him,” United coach Adrian Heath said Monday.

Molino sat out the first six games of the 2019 season, coming on a sub in a 4-3 loss to Toronto on April 19. He made his first start in the scoreless tie with Los Angeles Galaxy on April 24. But he looked rusty in that 60-minute shift and was subbed out. He sat out the next three games.

On Saturday, Molino was back in the starting XI, completing 30 of 34 passes, with one key pass and his first two shots of the season.

“We think Kevin is getting closer now to being the Molino we know — because we are going to need him,” Heath said. “This team needs a good Kevin Molino in it because he does offers us something a lot of the other players can’t do.”

Minnesota United sees Molino as a creative player who can beat opponents one-on-one and combine with teammates in the final third. When he was injured last season, United brought in Darwin Quintero on a transfer from Mexico’s Club America. Now, Molino and Quintero have been paired together.

“That’s the next thing,” Heath said. “… I felt that for us at home we needed that little bit of extra creativity. I thought there were some really good moments at the weekend, some really pleasing aspects.”

On Monday, Molino was named to Trinidad and Tobago’s preliminary 40-man roster for the Concacaf Gold Cup this summer. Molino said he’s focusing on the Loons' performances before going to national team camp.