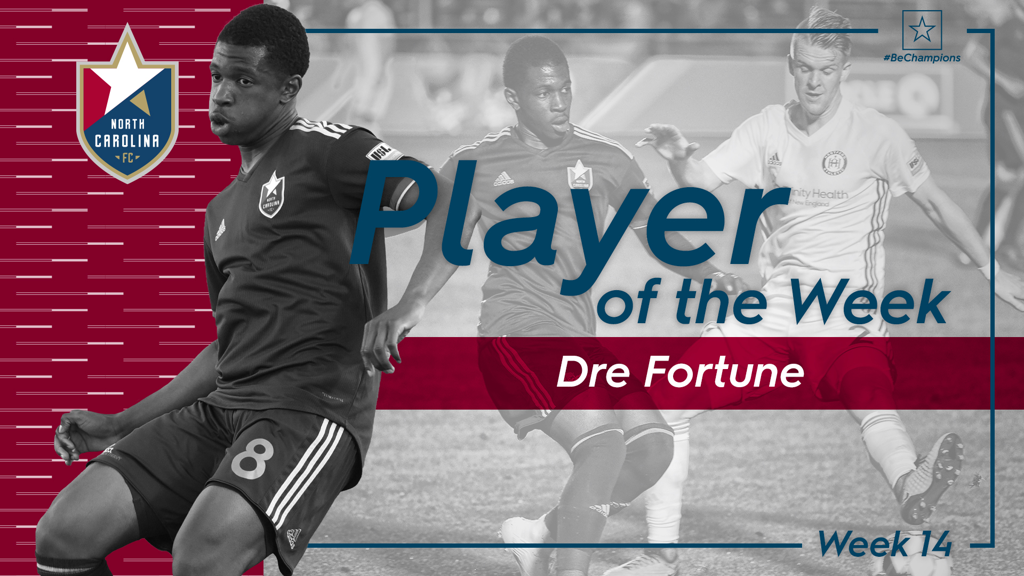 North Carolina FC midfielder Dre Fortune has been voted the USL Championship Player of the Week for Week 14 of the 2019 season. Fortune scored a pair of goals as NCFC took a 3-1 victory on the road against the Tampa Bay Rowdies on Saturday night, handing the Eastern Conference-leading Rowdies their first regular-season loss of 2019.

Fortune received 35 percent of the poll conducted by a national panel of independent media representing every USL Championship market. Phoenix Rising FC’s Junior Flemmings and Sacramento Republic FC’s Cameron Iwasa finished tied for second on 24 percent after each notching a pair of goals in their respective club’s victories this past weekend.

A Raleigh native, Fortune is the first former NCFC Academy player to sign a professional contract with the senior team. The 22-year-old midfielder is currently in his fourth professional season and his third with NCFC, having debuted for the club in 2017.