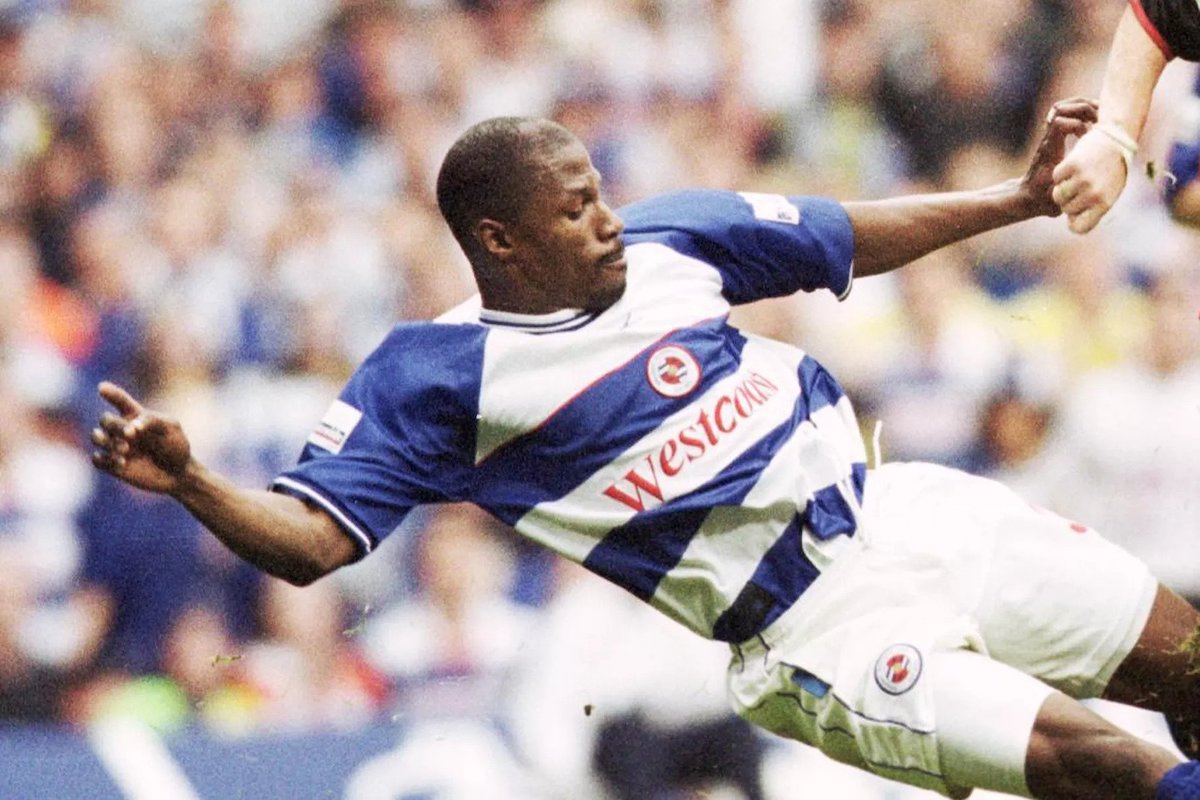 For this first-ever segment of ‘Back in the Day’ I thought it would be a good idea to go right into it and hopefully over time we can uncover some very unique stories of what players are up to now. First up though is a player from back in the day that we should all remember well and fondly, mainly for the chant: “Rou Rou Rou Rougier!” Tony Rougier to be specific...

Okay, so it might not be that far back in the day but a quality player to set the bar. The Trinidadian started his senior career at La Brea Angels in 1986, making his way around domestic football teams in his home country before making a prominent move in 1995 to Raith Rovers, where he made his second most appearances for any UK club: 56. But before making his way to Berkshire, he had significant stints at Hibs and Port Vale while also netting a handful of goals making the midfielder well sought after.

Reading signed Rougier in August 2000 for £325,000, which even seems like a lot of money for us now… The price tag was indeed justified and, that year, he helped the team to a play-off final spot, and sadly to bring up the Walsall game, the first of many play-off final disappointments for me personally. But the year later, Rougier helped Reading achieve the promotion to escape what was then ‘Division 2’.

Rougier made a total of 84 domestic appearances for Reading, and six goals to his name was not a bad feat for a midfielder. All in all, quite a significant player to start with for this Back in the Day segment, but a great character to start off with.

But where is he now?
Rougier epitomises a successful football career in the sense that he eventually hung up his boots in 2011, a 25-year career in which he also made a real impact for Trinidad and Tobago for a decade. Usually after such careers players end up continuing on involved with football in some capacity.

Rougier is no different. His time at FC South End ended in 2011 - the team he’d co-founded while also being the technical director/player/manager in the TT Pro League, where his professional career started. That brings us to 2011 and it seems as though there’s very little documented* about his career until recently (*pending more research).

In November 2018, Rou Rou Rou Rougier was inducted into Raith Rovers’ Hall of Fame where he appeared on their TV channel in a great interview.

Here he updates fans on his current involvement in the US, “with New England Revolution, in the MLS coaching the academy team”. He goes on to explain how being inducted was so important to go to and, despite the busy time in the winter for the MLS, he told the managers “I’ve got to go, this is where it all began for me, it doesn’t matter what you guys have got on I’ve got to be here [in Raith]. It was a good reminder when I came over to play and it was raining, you know raining cats and dogs!”

It’s very apparent that Tony still looks back with fondness at his playing career. He doesn’t take it for granted and is almost humbled by his induction, wanting to give back where possible and still shows he’s loyal to the club that gave him the start into a long career overseas. I’m sure he’s still loyal to the Royals too.