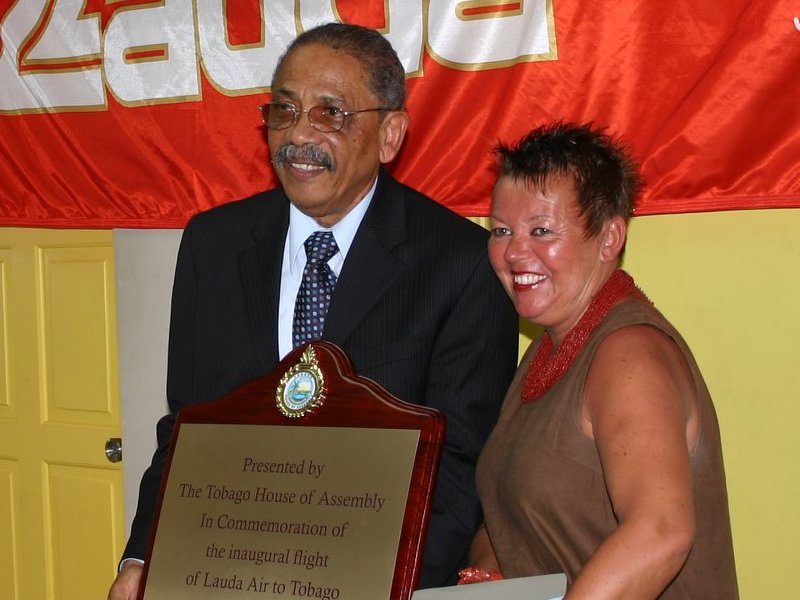 It brings me a great deal of sadness in having to issue this note of condolence to the family and friends of Mr Neil Wilson following his passing. Mr Wilson was my first personal manager and representative in my career as a footballer. He was a gentleman who took a a great deal of interest in me from a very tender age and I will forever be grateful for that. Like Bertille St Clair, he saw some potential in me as a young boy and he assisted me on the business side of things in my early days as a professional footballer.

Mr Wilson actually accompanied me on my first trip to Aston Villa in a time when everything in the outside world was still new to me. I was a member of the National Senior Team during the 1990 World Cup qualifying campaign and just coming off playing College football with Signal Hill SC and of course the National Under 20 team which had qualified for the Youth World Cup in Portugal. This was the dawn of a new era for me.

Mr Wilson went on to serve the country and moreso Tobago in different capacities. He had a good heart and didn’t hesitate to lend a hand where possible. Again I would like to take this opportunity to extend deepest condolences to his family. May his Soul Rest In Peace.

Below is an excerpt about Neil Wilson from my Autobiography Born to Score.

“By now one of Tobago’s most prominent businessmen, Neil Wilson, was helping to look after my interests. It was Bertille who had introduced me to him a few years earlier when, at the coach’s encouragement, he had whipped a 50 US dollar note out of his wallet to give me some pocket money for another international tournament with the Under 14s. He actually first came to see me play in that national schools final in 1987 and was bowled over. Whenever Neil asked me what I wanted from life, the answer was always the same. “To be a Professional footballer.” He had different businesses to attend to, including a travel agency and a jewellery shop, but he saw my determination and began part sponsor me, part look after my welfare.”