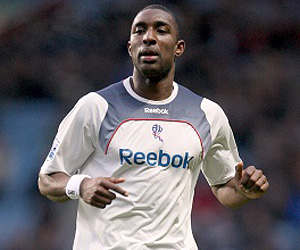 Newcastle are looking to broker a deal for Bolton's Jlloyd Samuel, skysports.com understands.

The 27-year-old has been with Bolton since 2007 after leaving his first club Aston Villa.

He has been a first-team regular at The Reebok, playing anywhere across the back four.

Now he has emerged as a target for Newcastleboss Chris Hughton - who is hoping to strike a deal for the Trinidad & Tobago international.

Samuel, 29, has one-year left on his current contract and Newcastle are hoping they can land their man for less than £1.5million.