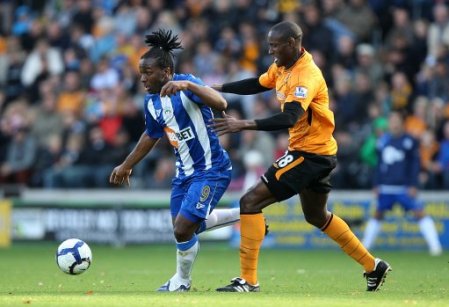 Burnley might be about to sign Wigan striker, Jason Scotland and could offer unsettled defender, Tyrone Mears as part of the deal.

Who says so? Alan Nixon in the Mirror so it could well be true!

Scotland will have to do better than he did last season for Wigan in the Premier League.

Swansea agreed to sell Scotland for £2 million to Wigan Athletic in July 2009 with the Clarets also at that time trying to secure his signature.

This could be an excellent signing but only if Scotland can recover his scoring form in the Championship but it would be at the expense of losing Mears who has made it plain he wants to play in the Premier League.

Nothing you can do if a player is determined to move on, but we could be weak in the right back area if he leaves although Richard Eckersley could be about to be given his chance and of course Michael Duff is also an option in that position.