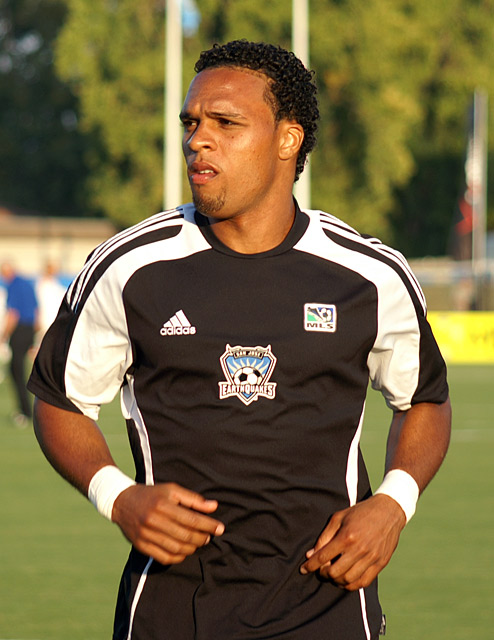 Scott Sealy has seen his share of injury problems since signing with the San Jose Earthquakes in April, but he may finally be turning the corner.

The Trinidadian striker looked fit during an 11-on-11 scrimmage Tuesday morning and had the Quakes Training Session Play-of-the-Day.

Sealy took a pass near midfield, split two defenders then beat a third just outside the box before cutting back on the touchline and keeping his feet despite a thud from Justin Morrow. Off balanced but still determined, Sealy then cranked a shot from a tight angle past Alex Horwath for a triumphant score.

Sealy wasn't the only striker who impressed. Eduardo, while playing as the lone forward atop a 4-5-1, held possession well and created several scoring chances for teammates with nifty passes.

There's no word on when Eduardo will be available to play in an MLS match, but the bulky Brazilian could give the Quakes an extra dose of samba during the playoff race.

Speaking of Brazilians, Geovanni had perhaps his best training session since joining the Quakes two weeks ago. The designated-player-signing has come off the bench in each of the Quakes last two matches and is still working to get his legs back after a summer layoff.