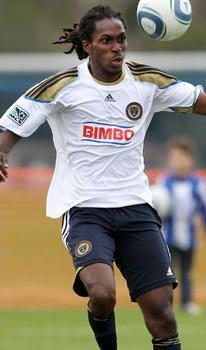 Two years later, the T&T international trialed with EPL club West Ham United, but instead joined TT Pro League side Caledonia AIA in May of 2009.

The 24-year-old then joined the Islanders in June of 2010, scoring two goals and adding two assists in 16 appearances last season to help lead the club to a League Championship as an eighth seeded team in the playoffs.

Daniel, who joins fellow countryman Thorne Holder on the Union roster, has also had a distinguished international career with eight goals in 46 caps after debuting in January 2008 at the age of 21.