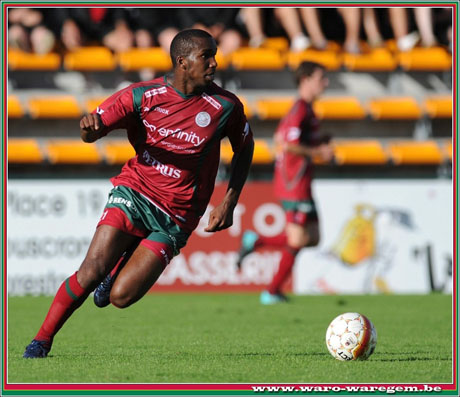 Williams, who has played in Hungary before and has been on trial in England, joins T&T teammate Radanfah Abu Bakr at Charleroi after the defender recently signed with the club. Both players will line up in a training fixture on Friday according to English-based agent Mike Berry.

Meantime, midfielder Khaleem Hyland has attracted interest from powerhouse Racing Genk. However the T&T midfielder says while he has heard about the interest he is yet to decide on his next move. Clubs in France and Spain has also been keeping a follow according to the  ex-San Juan Jabloteh player.

The 22-year-old player joined SV Zulte Waregem in 2009 and has made 70 plus appearances for the club. He has also been linked to Portsmouth, Celtic and Genoa in the past. Hyland has three goals in 27 appearances for T&T.

"It's some talk around but nothing I can really say for sure at the moment," Hyland told TTFF Media. "But at the same time, I'm really happy to see other players from Trinidad getting the chance to play in Europe and also in countries like the US.

It will help us to form a better squad. We need to come together soon enough and prepare well for the World Cup qualifiers. I believe if we get the right players together then we can definitely have a really good go at qualifying,"  said Hyland.