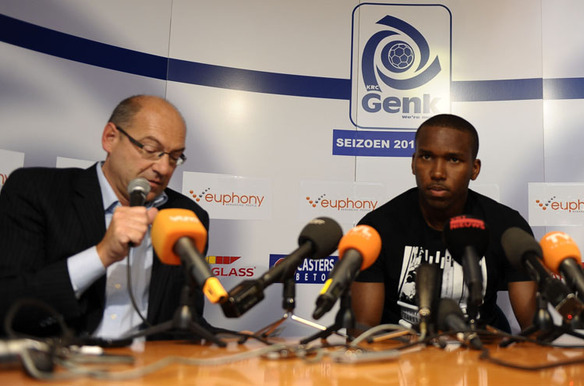 SV Zulte Waregem and Racing Genk have reached an agreement on the transfer of midfielder Khaleem Hyland.

The International of Trinidad & Tobago (27 caps) came into action for 72 times and scored five times Essevee, all during the past season.

Khaleem Hyland: "Of course I am happy with my transfer. As a young player you live with the ambition to the highest possible level to be active. Now that the opportunity came, I did not leave. I developed me to Zulte Waregem the player I am today. "

"When I arrived I was only a few months away from my homeland, but people in Waregem have ensured that I'm able to adjust quickly. I would like both the people of the club and supporters to thank for all the help and support during the last 2.5 years. "

During the last days of play was suspended Khaleem Hyland watched his mates took 4 to 6 against Lokeren and OH Leuven.

Steve Colpaert and Jonathan Delaplace played centrally in midfield. With the game almost fit René Sterckx and Olafur Skulason Essevee has two strong irons in the fire at those positions.