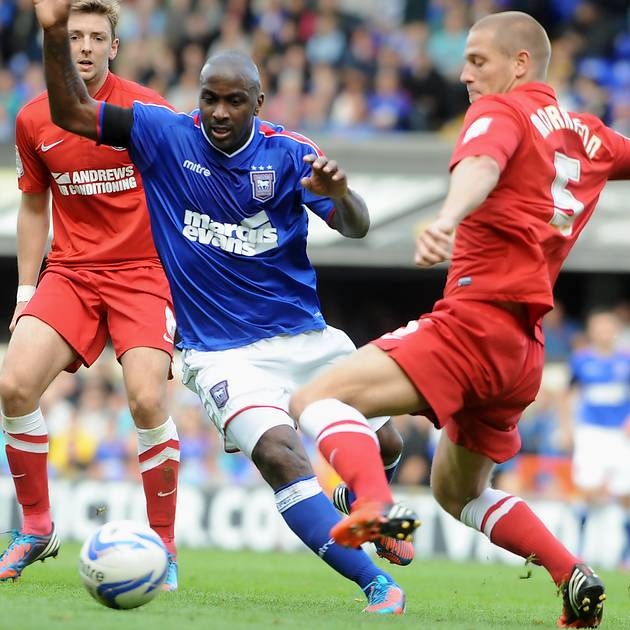 Flitcroft says he has a verbal agreement in place with the Trinidadiad international, who turns 34 in February, to join until the end of the season. He is due to make his debut at Blackpool on Saturday as he will not be signed quickly enough to face Millwall on Tuesday.

Scotland made 14 appearances for Ipswich and scored twice this season before being released earlier this month. He was a regular under Paul Jewell but slipped down the pecking order after Mick McCarthy took over and played just once under the former Barnsley defender.

Scotland has been a regular scorer for Swansea and Ipswich in the Championship and Flitcroft hopes he will make a difference for the Reds who are the joint lowest scorers in the division.

Flitcroft said: "We are looking to try to do something with Jason Scotland. It is verbally agreed.

"He won’t play against Millwall but he should be ready for the game on Saturday at Blackpool. I met with him when we went down to Ipswich then I invited him to watch us at Hull.

"He was impressed in the games against Ipswich and Hull by the reslience and resolve we showed and the football we played. He is not interested in the money, he just wants to show that he has something to offer to a Championship team."