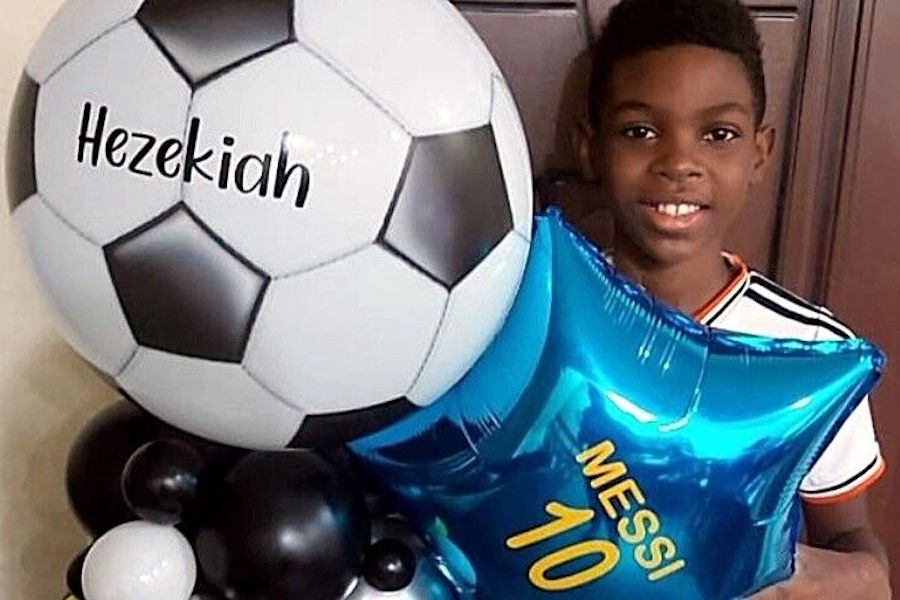 PERRY MARTIN, the former national Futsal team and United Petrotrin goalkeeper is thankful for the public outpouring of support for his ten-year-old son and young footballer Hezekiah Martin, who has been diagnosed with cancer.

Martin, 40, was also a prominent T&T Pro League goalkeeper between 2002-2009 when he represented United Petrotrin, Fire and Southend United.

An energetic ten-year-old, Hezekiah was diagnosed with cancer after his sister Hermione first saw a growth on his side and immediately alerted her father. When his concerned parents took him to the doctor at the hospital, they never imagined that he would be diagnosed with a sarcoma, a form of cancer.

A gofundme account was set up at (https://www.gofundme.com/f/help-hezekiah-fight-cancer) with the goal of soliciting community and national support to assist the youngster. He must go through a series of chemotherapy treatments, is now on a special diet, and is on special and costly medication.

The fund has reached its initial goal by raising US$5,470 raised of USD$5,000 target and Perry Martin is grateful for the support.

“I will like to send my sincerest thanks and appreciation for all your words of kindness and donations,” Perry stated via WhatsApp.

“It is an overwhelming experience to have your ten-year-old son diagnosed with cancer and undergo chemotherapy, he added. “However, as he continues his journey, my family and I are indeed thankful to God for the improvements he has made and support we have gotten.”

The hope is that with proper treatment, Hezekiah can go back to being a playful, young child again and to enjoy the things he loves such as football, drawing and reading.