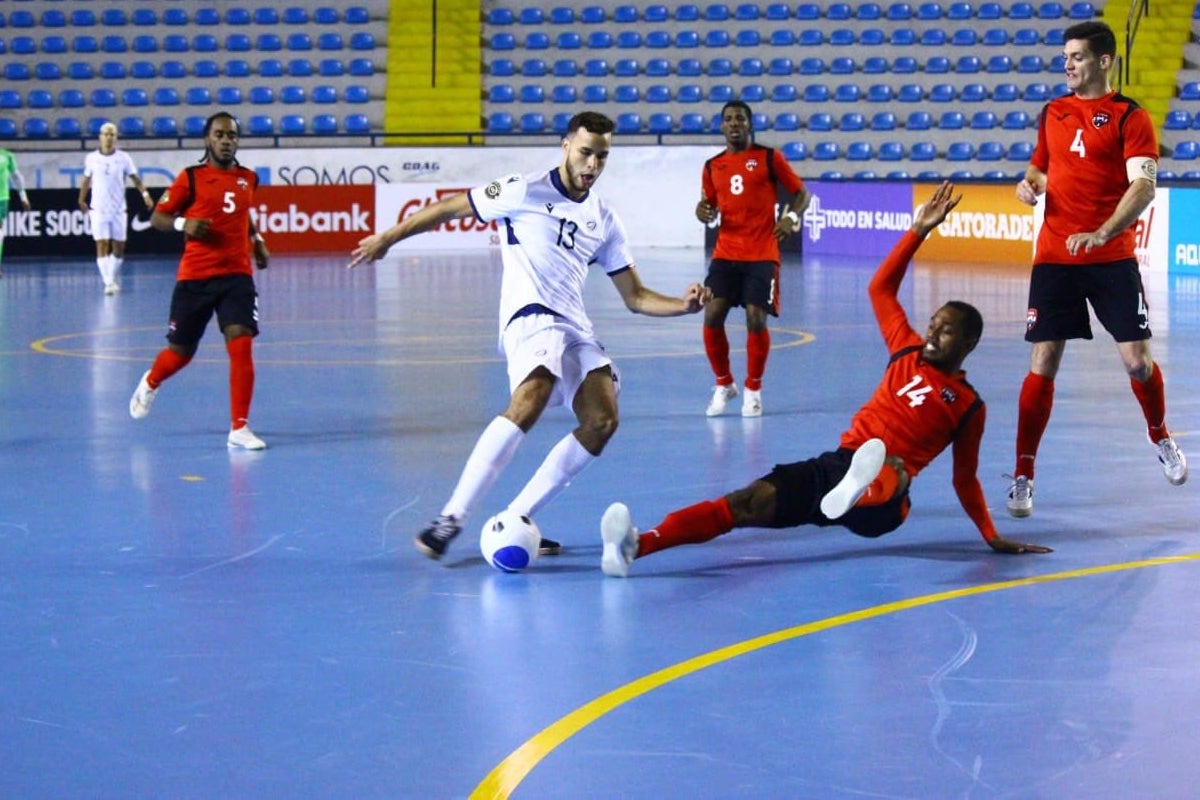 Trinidad and Tobago's men’s futsal team had a rough start to their Concacaf Futsal Championship campaign as they went down 6-2 against Dominican Republic in their opening Group A fixture on Tuesday.

At the Domon Polideportivo de la CDAG in Guatemala, Dominican Republic went ahead after just five minutes of play.

Marco Gomez made the most of a solo run from half-court and fired through the legs of T&T custodian Andre Marchan. This was the lone goal of the 20-minute half.

Early in the second period, Ricardo Alvarez doubled Dominican Republic's lead with a right-footed shot past Marchan – again through his legs.

TT’s Dwight Quintero then received his second yellow of the match after committing a rash foul. This meant that T&T would play the next two minutes of the game with one man short.

Dominican Republic capitalised on their player advantage and, with just 25 seconds to go before the two-minute penalty concluded, Guillermo Lopez blasted one past Marchan to send them 3-0 ahead.

Three minutes later, Keston George pulled one back for T&T as he headed home past goalie Jose Perez.

However, Gomez bagged his second of the night as he and Hector Perez teamed up to send Dominican Republic 4-1 up. One minute later, Gomez secured his first-ever Concacaf hat-trick as T&T sank further.

With just three before the final whistle, T&T’s Jameel Neptune executed some nifty footwork to score past Perez and send the score to 5-2.

Marcelle Sistero guaranteed victory for Dominican Republic in the dying moments as he scored with a neat assist from Gomez.

T&T return to the court on Wednesday to play their final group game against Guatemala.

The group stage began on Monday with Guatemala beating Dominican Republic 4-2. T&T and Guatemala will square off in the final Group A match on Wednesday.