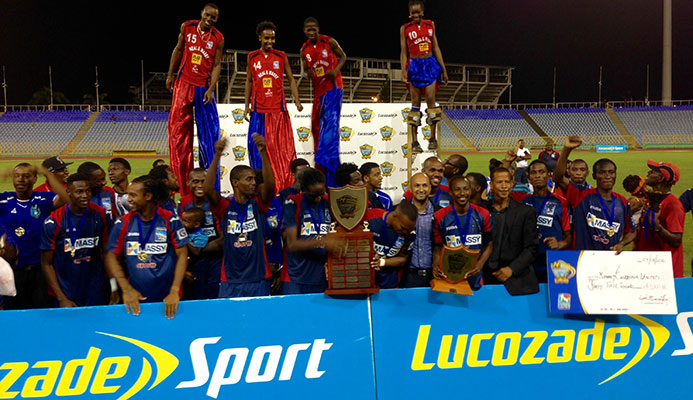 Morvant Caledonia United hoisted their first trophy since successfully defending the FA Trophy in 2013, and first under the name change from Caledonia AIA, by capturing the 2016 Lucozade Sport Goal Shield (LSGS) with a 4-1 penalty shootout win over W Connection after a scintillating 2-2 regulation time result in the final on Sunday night.