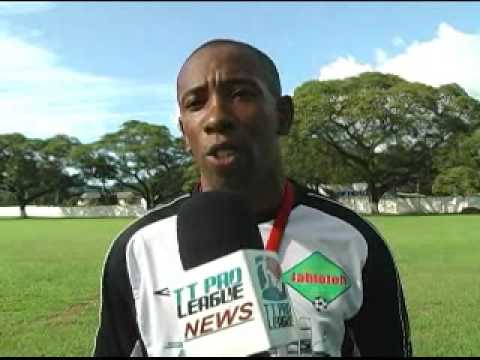 This, for the first time in the tournament’s almost two-decade history, clubs will contest each other in a round-robin format to determine the semi-finalists.

The top two finishers from each group at the end of group play will advance to the semi-final round on 13 July with the Abercrombie winners facing Paria runners-up and Paria winners against Abercrombie runners-up for a place in the final on 20 July.

Connection, who defeated three-time former winners Defence Force in last season’s final, will begin their title defence against Point Fortin Civic on Friday from 8:30pm at the Ato Boldon Stadium in the second game of the opening Abercrombie double-header after North East Stars and Police FC clash from 6:30pm.

Match Day One Group play will continue on Sunday with a Paria double-header at the same Ato Boldon Stadium with MIC-IT St. Ann’s Rangers taking on Central FC from 4pm and San Juan Jabloteh against Defence Force from 6pm.

Jean said the new format will benefit clubs and fans with more games. The former St. Lucia international also said it will give teams the opportunity to face each other ahead of the League championship which will begin in July.

The Connection assistant coach and ex-star forward also praised First Citizens commitment to the competition, which dates back to 2001, as “resilient”.

Larry Olton, head brand and marketing at First Citizens, said, “In the face of these (economic) challenges it is our fervent belief in and understanding of the value of sport to our youth, and more broadly, to national and social development, that First Citizens Group remains committed to its role as a stakeholder in the development of sport in Trinidad and Tobago and in particular football.

Olton added, “Like all great teams, the First Citizens Group values collaboration. Our partnership with the Pro League has strengthened community sport and national development through football programmes for adults and youths across the country.”

It is also the first time that the Pro League calendar will begin with a Cup tournament and League CEO Julia Baptiste questioned, “(…) who can think of a better sponsor to do it with than First Citizens?”

“First Citizens has been sharing the vision of the Pro League since the League’s inception,” Baptiste continued. “Through thick and thin, through tough times, through those lean times they have remained resilient, steadfast standing with us bearing the flag of indomitable will and the power to survive despite the economic climate.

“First Citizens epitomizes the value, power, spirit and vision of what can be achieved when there is collective focus.”

The First Citizens Cup 2018 promises to be one of the most exciting editions, especially with the new format and eight clubs after W Connection and North East Stars eager to get their campaign off and running.

Match Day Two
(Date, venue and time to be determined)

Match Day Three
(Date, venue and time to be determined)

Match Day Four
(Date, venue and time to be determined)

Match Day Five
(Date, venue and time to be determined)