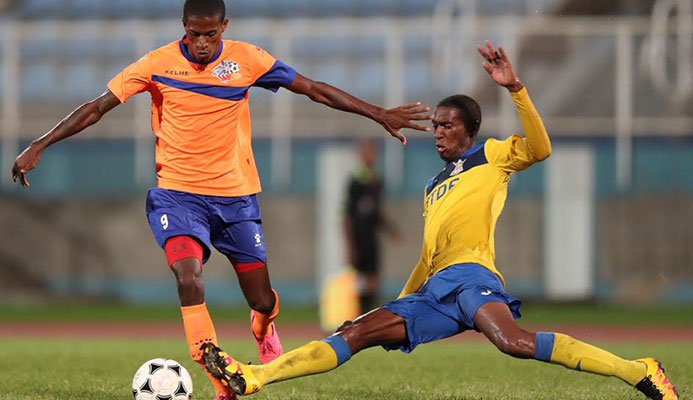 Club Sando will play, for the first time since joining the Pro League in 2015, a true home game on Friday Nov. 18 at the Naparima College Ground in San Fernando when they welcome Police FC from 8pm in Digicel Pro League action.

Club Sando owner and San Fernando businessman, Eddison “Eddie” Dean said the “easy to access” Naparima College Ground has the potential to get the crowds because of its location in within the city San Fernando.

“It’s not like the Boldon Stadium [in Couva] which is a little out of the way if you don’t own a vehicle,” he said.

Dean also believes playing at home in San Fernando will give the club the opportunity to reconnect with the city and supporters.

Pro League CEO Dexter Skeene said the move by Sando to play at home, falls within the strategic plan of the League to have top flight football into all the communities represented by Pro League clubs.

Skeene added, “San Fernando has a history of developing excellent footballers over the years and we know this will contribute to the viability of Club Sando.”

On Saturday the Mahaica Oval in Point Fortin will host a juicy DPL double-header with coach Ross Russell leading Ma Pau Stars against his former club Defence Force from 4pm before hosts Point Fortin Civic take on league leaders and two-time defending champions Central FC in a ‘David vs Goliath’ battle from 6:30pm.

The weekend’s slate of matches will culminate on Sunday at another community venue when second-positioned San Juan Jabloteh (15 points) host fifth-placed St. Ann’s Rangers (10 points) from 4pm at the Barataria Recreation Ground.

Central are unbeaten in the league with 16 points at the top from 5 wins and one draw, while Civic are winless at the bottom with just 1 point from after six games. But both sides are coming off disappointing exits at the First Citizens Cup.

Meanwhile Ma Pau Stars and Defence Force, who are both through to the Nov. 27 semi-finals of the First Citizens Cup against Police and Morvant Caledonia, respectively, currently occupy fourth and ninth positions, in that order, on the league table.

“It’s always a touching moment for me,” said Ma Pau Stars coach Ross Russell ahead of his clash with his former team Defence Force. “Because I nearly played and coached my whole life there.”

Russell who guided the Army/Coast Guard combination to the league crown in 2010-2011 and 2012-2013 added, “Everyone there are still my friends, still personal with me, still call me gaffer, even Marvin Gordon [who now leads the Defence Force coaching staff]. But we have to be professional on Saturday and may the best man win.”

Ma Pau have 10 points while Defence Force have just four points, tied on points with eight-placed Sando and one point less than seventh-positioned Police after their six games played.

“We are definitely looking for three points [against Ma Pau Stars],” said Gordon. “We are looking to climb in the league after a bad start. We are hoping to transfer out form in the First Citizens Cup into the league. I know Mau Pau have been playing well and have some ex Trinidad (and Tobago) national players that can click at any time. I also know our past coach Ross (Russell) who I have worked under for years and the way he likes to play similar to me. So we are going to focus on their strengths and weaknesses and try to counterattack them to get the result on Saturday.”