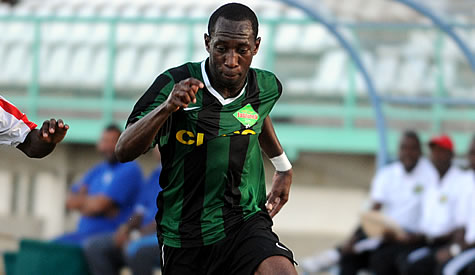 A SECOND police officer appeared in court today charged with beating and robbing a Chinese national of more than $400,000 during an incident at the man's home in Claxton Bay on the night of November 11.

Constable Noel Williams, appeared before Port of Spain Deputy Chief Magistrate Nanette Forde-John charged with, armed with a gun, he robbed Wei Hui Zhu of $406,000, an iPhone valued $7,000 and an FX Revolution air rifle valued $20,000, and before the robbery, he used personal violence towards Zhu.

Another charge was that armed with a gun, he robbed Jinfu Zhu of a $6,000 iPhone and used personal violence towards him after the robbery.

On November 16, SRP Sean Joseph appeared in court on similar charges, and was eventually granted bail.

Williams, 32, is of Jackson Street, Petite Bourg, San Juan. He was defended in court by attorney Karunna Bishramsingh who was able to obtain bail for the officer, who will be suspended from the Police Service.

He was granted bail of $250,000 to be approved by a Clerk of the Peace, and with the conditions that he surrender his passport, have no contact with the alleged victim, and report to the San Juan police Station three times weekly.

Williams was ordered to reappear in the San Fernando Magistrates' Court on December 15, the same day that SRP Sean Joseph is due to reappear.

Acting Commissioner of Police Stephen Williams says that the case is being actively investigated and others may be charged.