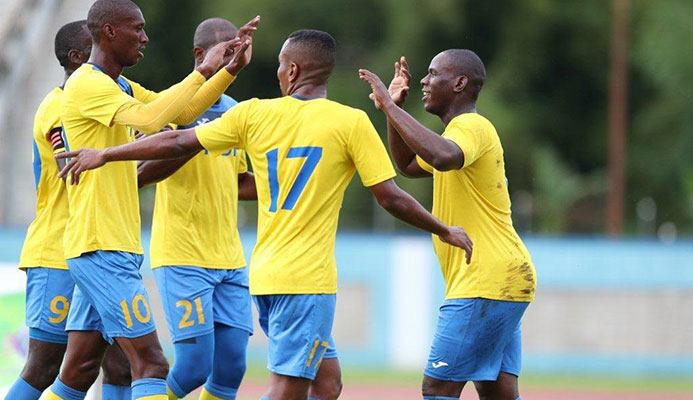 Strike duo, Devorn Jorsling and Hashim Arcia were both on target as Defence Force blanked St Ann’s Rangers 2-0 in the Digicel T&T Pro League at the Hasely Crawford Stadium, Mucurapo, on Tuesday night.

For the “Teteron Men”, recent winners of the First Citizens Cup at the same Mucurapo venue, 1-0 over Ma Pau Stars, it was a momentous occasion for 32-year-old Jorsling who scored his record 150th Pro League goal when he opened the scoring in the 23rd minute.

Arcia, who is in his second year with the Defence Force team after being recruited from W Connection sealed all three points for the Marvin Gordon-coached club in the 51st.

With the win, its second on the trot, Defence Force improved to 13 points from ten matches, the same as Club Sando, and one ahead of Police FC while St Ann’s Rangers slipped to eighth on the ten-team table with 11 points.

In Tuesday’s other match at the same venue, Police FC and Ma Pau Stars battled to an entertaining 4-4 draw.

Stars were first to strike when former national youth striker Jerrel Britto fired in the opener as early as the fifth minute as his team hoped to avenge an opening day 5-1 loss.

However, within a minute, Kaaron Foster drew Police FC level, only for Kerry Baptiste, the second all-time leading scorer in the Pro League behind Jorsling (145 goals) to restore Stars’ advantage in the 22nd with his fourth of the season.

Twelve minutes later, the Lawmen were back on level terms again through Elijah Belgrave as both teams went into the half-time interval even at 2-2.

The frenetic second-half was summed up in a six-minutes span as Christian Thomas twice put Police back in front in the 73rd and 78th minute, only to be pegged back by goals from Elton John (76th) and former Soca Warriors World Cup and European-based striker, Jason Scotland in the 79th.

On Monday, Digicel Pro League champions, Central FC strengthened its hold on top of the ten-team table with a 2-1 win over bitter rival, W Connection at the Ato Boldon Stadium, Couva, on Tuesday night.

With the win, Central FC which also handed W Connection its only other league loss by a similar 2-1 margin back in round one on October 4, improved to 28 points from ten matches, six more than W Connection while San Juan Jabloteh with 19 is third.