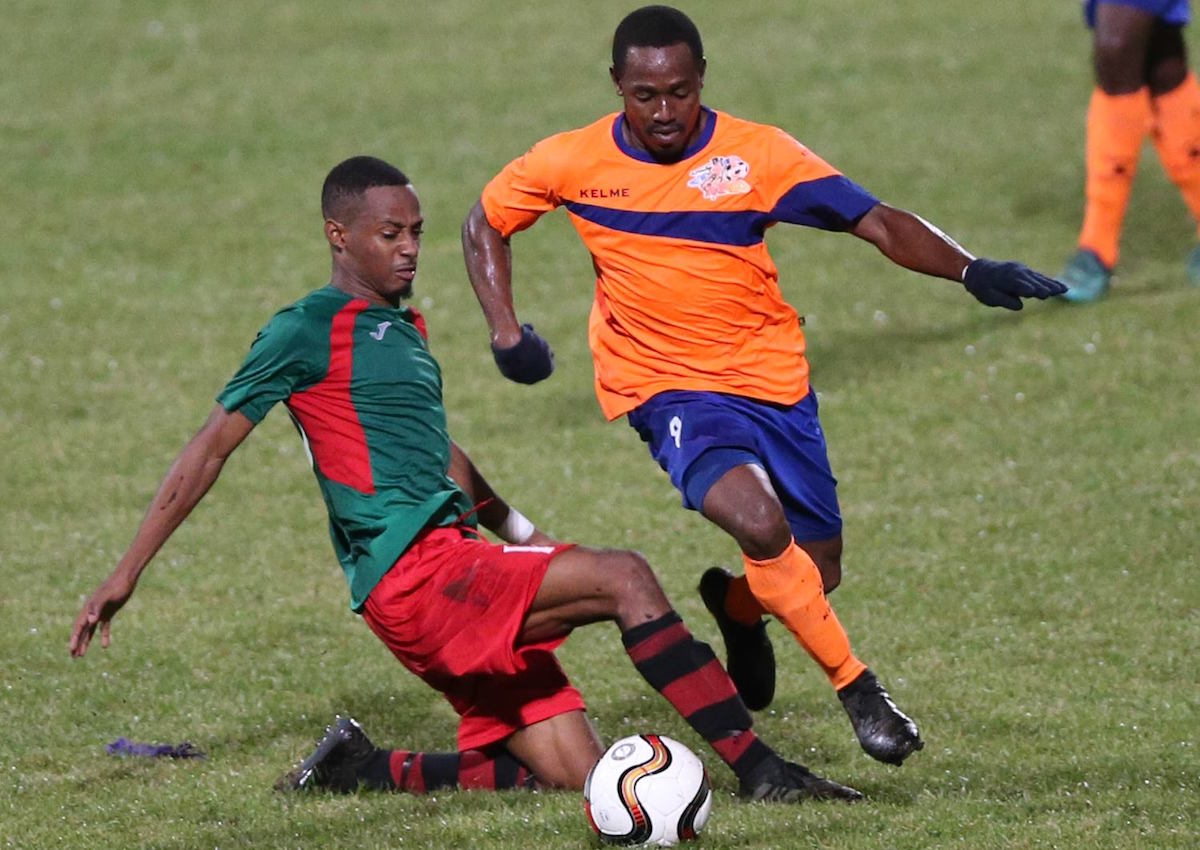 San Juan Jabloteh, in the opening clash, edged fourth-positioned Club Sando (7 points) 1-0 through attacker Jomoul Francois’ fourth league goal of the campaign to temporarily go atop the ladder with 14 points.

Francois, afterwards, reminded of his promise to himself to give 100 percent effort every time he takes to the field in memory of his late mother, Keisha Francois, who passed away last February.

“I’ve made a commitment to honour my mother with my performances,” explained the 22-year-old winger who has now scored in three consecutive games for the Keith Jeffrey coached-San Juan Kings. “Every game I’m putting in 100 percent, and when I put in that kind of work good things are happening.”

“It was a really good goal – I felt really proud of myself,” he said of his latest goal – a superb right-footed strike from the top of the box in the 43rd minute which he curled beyond a sea of orange Sando shirts and goalkeeper Stefan Berkeley to earn Jabloteh a fourth straight.

Corbin, in the 55th minute of the second game, scored an identical strike for his third league goal of the season when he beat Defence Force goalkeeper Sheldon Clarke and put Connection (15 points) in front 2-1.

Clarke denied Corbin a second ten minutes later but injured the Connection forward in the process and forcing a change from coach Stuart Charles Fevrier, who opted to add some steel in midfield in the form of Kierron Mason.

Defence Force also suffered a blow when former Connection star attacking midfielder Hashim Arcia had to be replaced by Shaquille Bertrand through injury with 18 minutes left following a challenge by Kevon Goddard.

The Marvin Gordon coached-Defence Force had taken a 1-0 lead after 14 minutes through a Brent Sam header at goalkeeper Julani Archibald’s near post from a right side corner.

But Joseph, this season’s leading frontman, levelled Connection in stoppage-time of the first half with a header off an Isaiah Garcia cross after a Jomal Williams effort cannoned off the bar.

Joseph, who troubled Clarke and the netting midway through the first half, has now scored in six consecutive outings in all competitions for Connection to put his overall tally at 14 goals, seven of them in the league.

Jomal Williams was denied a second time by the frame, smashing a free kick onto the crossbar with two minutes left, moments after he was quelled by Clarke, who also made stops to deny Kurt Frederick and Briel Thomas.