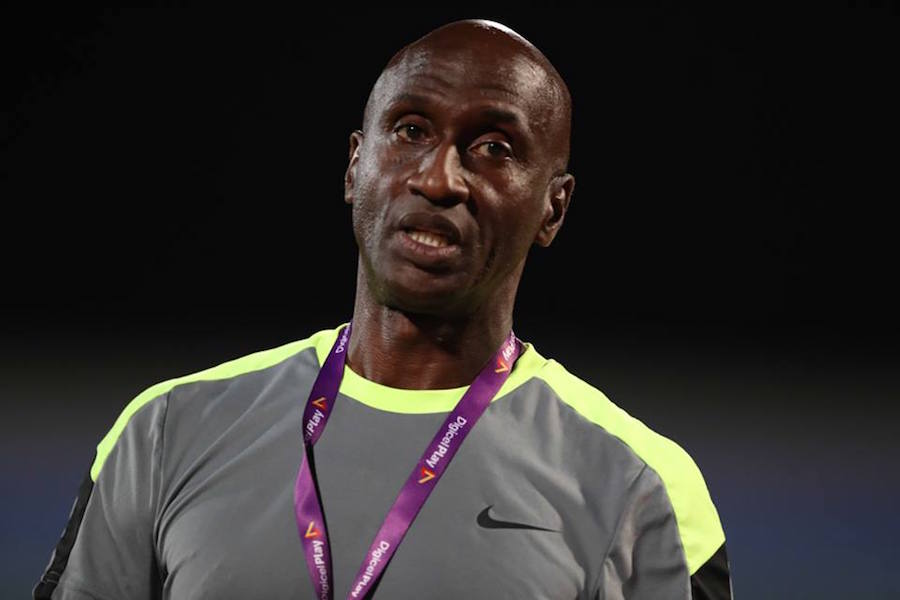 Kevon Villaroel and Akeem Benjamin are back with San Juan Jabloteh as part of technical director/head coach Keith Jeffrey’s bid to secure a Concacaf qualifying spot in the current Pro League campaign.

The defensive duo are expected to be part of Jeffrey’s squad to face crosstown rivals Morvant Caledonia United on Friday from 6pm when the Pro League resumes with a double-header at the Hasely Crawford Stadium following the international break. Defence Force FC will host Club Sando in the second game from 8pm.

Left-back Villaroel, 30, played for Jabloteh between 2007 and 2008 and re-joins the San Juan Kings from Queens Park Cricket Club FC after title success at Puerto Rico Islanders, Central FC and North East Stars, while former W Connection and Central centre-back Benjamin, 29, has renewed his commitment to Jeffrey’s side.

Jeffrey said after assessing his team’s bottom-place finish in the group stage of the 2018 season First Citizens Cup, it was clear his side lacked a leader and welcomed back brothers @Elton John, who will be a key cog (not only as captain but as stability in a defensive midfield role) and veteran attacker Jason Marcano during the August transfer window.

He said John, Marcano, Villaroel and Benjamin all have extensive experience as multiple-time former Pro League winners as well as experience on the Concacaf and Caribbean Club Championship stage.

Having tasted competition at the inaugural Concacaf League (for Central American and Caribbean teams) in 2017, Jeffrey says he is dreaming of returning to the international stage and wants his players to share his ambition.

To do so, Jeffrey’s side must achieve a top-two finish in the Pro League which qualifies Trinidad and Tobago clubs for the Caribbean Club Championship, the qualifier tournament for the Concacaf Champions League and Concacaf League.

North East Stars and W Connection, the most successful club on the Caribbean stage, will represent T&T at next year’s Caribbean Club Championship having finished Pro League champions and runners-up respectively last season.

Jabloteh are currently positioned second on the 2018 Pro League standings with 13 points, three adrift of leaders W Connection with 12 games left and Defence Force, Central and Club Sando in close chase on 10 points.

“We are happy to be challenging [the league] again because Jabloteh have always been one of the better teams in the Pro League,” said Jeffrey, whose San Juan Kings started with campaign unbeaten in five before losing 2-0 against Defence Force on 28 Aug.

“The goal is to finish in the top two; I want us to go back to Concacaf.”

Jeffrey guided Jabloteh to a top-two finish in the 2015-16 season, finishing four points adrift of champions Central to join the Couva Sharks at the 2017 Caribbean Club Championship.

Jabloteh, under Jeffrey’s guidance, went on to reach the Caribbean final but were edged 1-0 by Cibao FC of Dominican Republic at the Hasely Crawford Stadium in Port-of-Spain following a wasteful performance against a side coached by legendary former FC Barcelona academy coach Albert Benaiges.

Cibao secured the Caribbean’s automatic berth at the 2018 Concacaf Champions League as champions, while Jabloteh, Portmore United of Jamaica and Central, the competition’s runners-up, and third and fourth-placed clubs respectively, represented the region at the inaugural Concacaf League in 2017.

“I dream of returning to the Concacaf stage,” continued Jeffrey. “And I want my players to dream as the coach. It is an honour playing at Concacaf level; and it’s also an honour coaching at that level.

“It want our young players experience a whole new level of the game. The experience of traveling abroad for home and away games. The way the international clubs are managed. The professionalism of players on the international level and different playing styles. These are some of the ways our players can improve.”

In his bid for a top-two finish in the domestic Pro League this season, the Jabloteh coach also promoted former North East Stars youth player Kishon Hackshaw, Jodel Brown and Nickel Orr to the first team from the Jabloteh Under-18s while adding their Trinidad and Tobago national Under-20 teammate and captain Jaydon Prowell and former University of Trinidad and Tobago striker Jamal Creighton, all in the transfer window.

The recent additions, including Joel Lewis and Travis Joseph from Police FC, will add to the talent pool that includes Jomoul Francois, Sean Bonval and Jevon Morris.

“We [are] doing business different in the sense of our style of play,” said Jeffrey. “As a coach in the league five years now, I have a very good idea how all teams play. So we adjust to the strength and weaknesses of teams.

“It will be business as normal [when the league resumes]. We will change players to suit different games and we will change formation to suit different teams because we have to understand you can’t win every game one way. We (must) be innovative. We have to bring style; a lot of things to the game that will make us attractive and make us winners.”