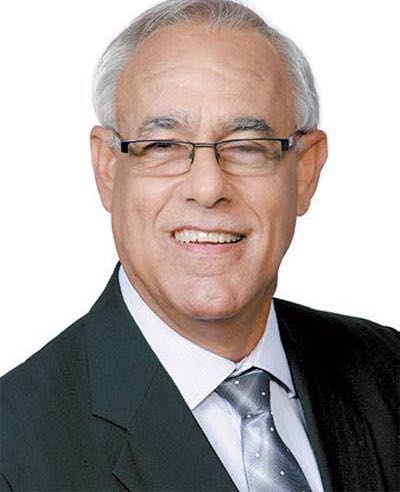 The idea of a football bubble, similar to the one implemented during the 2020 Caribbean Premier League (CPL), is being shut down by the huge cost expected to be put out.

The idea was raised by some owners of football clubs in the T&T Pro League following the successful completion of the CPL at the Brian Lara Academy in Tarouba, San Fernando and the Queen's Park Oval on August 18 with a final match between the Trinbago Knight Riders and the St Lucian Zouks which the Knight Riders won.

The idea was for a 15-team bubble that included the 10 teams from the Pro League and the five top clubs in the T&T Super League to engage in action for two months or less. The club members are proposing that there be three groups of five teams to be housed at different hotels across the country, with all players adhering to strict stay-at-hotel policy because of the coronavirus (COVID-19) pandemic.

One club owner who did want to be identified because the government decided to focus on development, with the ongoing impasse between the T&T Football Association and the sport's world governing body- FIFA, which has already led to the suspension of the TTFA.

"If it can be done with cricket, then it can be done with football, there is no difference," the club official said. He said the tournament which can be held before the year ends, would require the government to invest significantly, while the League will also seek corporate funding to off-set the cost of staging the event.

Minister of Sports Shamfa Cudjoe, who made it clear her government would focus on development if the TTFA is suspended by the FIFA, could not be reached for comments, but Douglas Camacho, chairman of the Sport Company of T&T, who spoke to Guardian Media Sports on Monday said: "That while he supports the initiative, he could not see it happening because of the exorbitant costs needed. "It will cost a fortune."

He said unlike the CPL, it will be too costly for players to be kept at hotels for that period, which means the players will all be required to go back to their respective homes, and therefore exposing themselves to the coronavirus.

Camacho pointed out that transportation cost alone is likely to exceed one million dollars, with accommodation and meals still to be calculated. All this costs Camacho believes will have to be taken up by the government in an already difficult economic time.

One former football executive, who spoke to us on the condition of anonymity, also believes there will be an additional testing-cost which will have to be incurred every week, as he does not believe the players are disciplined enough to stay in the football bubble daily.

Both Renee John-Williams, W Connection's Chief Executive Officer (CEO) and Eddison Deane, the owner and managing director of Club Sando, said while they support the initiative, they do not believe it will be possible because of the huge cost involved.

"It is worth exploring as it would be a costly exercise. Once it can be executed properly, it will get my support," John-William, the daughter of former TTFA president David John-Williams has said. Deane, on the other hand, said: "I don't think this football bubble will be realistic, it will be too costly."

CORPORATE T&T have been presented with a greater incentive to assist sporting events, as well as sportsmen and sportswomen.

Finance Minister Colm Imbert, in his presentation of the 2020 budget, at the Red House, Port of Spain on Monday, increased the tax allowance from $6 million, which he presented in his 2019 fiscal package, to $12 million.

“I propose to increase to $12 million the current tax allowance of $6 million for corporate sponsorship for nationals in the local fashion industry, audio visual or video production, for the purpose of local education or entertainment, and local production companies in respect of their own productions, as well as companies who sponsor sporting activities or events or sportsmen or art and culture,” said Imbert.

Douglas Camacho, chairman of the Sports Company of TT (SPoRTT), has described this increase as a step in the right direction.

He said, “We had asked for an increase, but the irony of that is the incentive has been around for a while. Except for the big corporations that we’re familiar with, that have supported sport like RBC, Guardian (Life), Scotiabank, Republic (Bank), Angostura, very few have made the existing limit.”

The veteran sporting administrator continued, “While that is a good incentive and good to have in place, hopefully if people feel they’ll want to re-engage with the community and will want to spend more on those sort of activities, then it will help (the corporate bodies) or encourage them to maybe give a little bit more.

“From my perspective as chairman of SPORTT, and it’s one of the things I’d asked for by the way, it’s an increase against hoping that, as we drive this whole ‘sports is a business’ initiative, that more corporate citizens will be encouraged to come on board at a higher level than they currently (do). That’s welcome news.” President of the TT Olympic Committee (TTOC), Brian Lewis, called the move “encouraging”.

Lewis said, “What it will require is that the National Sporting Organisations (NSOs), the athletes and the stakeholders who will want to access (the tax incentive) will have to make themselves more attractive to corporate T&T by virtue of a more strategic approach for marketing and branding. I think it’s something that, with a strategic approach whereby sporting organisations and athletes can benefit.”

Excluding horse racing and the Caribbean Premier League (CPL), local sports have been on a standstill since March due to the covid19 pandemic.

According to the TTOC boss, “With a strategic approach and strategic thinking, even with the reflection of the tough economic times, there is still opportunity within adversity.

“I’m very confident that, with a strategic marketing and branding approach, sporting organisations and (sports personnel) could find opportunities.”

This story has been adjusted to include additional details. See original post below.

CORPORATE T&T has been presented with a greater incentive to assist sporting events, as well as sportsmen and sportswomen.

Finance Minister Colm Imbert, in his presentation of the 2020 budget, at the Red House, Port of Spain on Monday, increased the tax allowance for sponsorship of sports and other sectors .

“I propose to increase to $12 million the current tax allowance of $6 million for corporate sponsorship for nationals in the local fashion industry, audiovisual or video production, for the purpose of local education or entertainment, and local production companies in respect of their own productions, as well as companies who sponsor sporting activities or events or sportsmen or art and culture,” said Imbert.